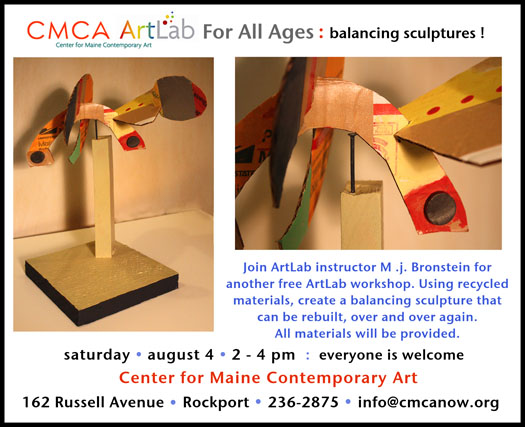 This past Saturday at the Center for Maine Contemporary Art, I led another ArtLab For All Ages workshop, which was open, as stated, to people of all ages. But for whatever reason, it turned out to be a mostly-teen event. 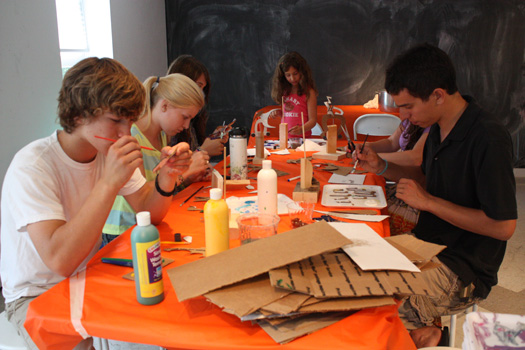 I won’t make any grand pronouncements about how teens approached their art-making endeavor in any certain way (because the room was of course buzzing with a collection of unique energies) but I will say that there was a high level of experimentation with the idea of this project. 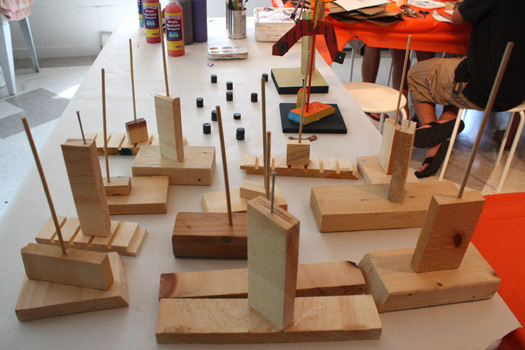 I had prepared a selection of bases from which people could choose. They were also given pieces of recycled cardboard, four magnets, and a palette of paint. 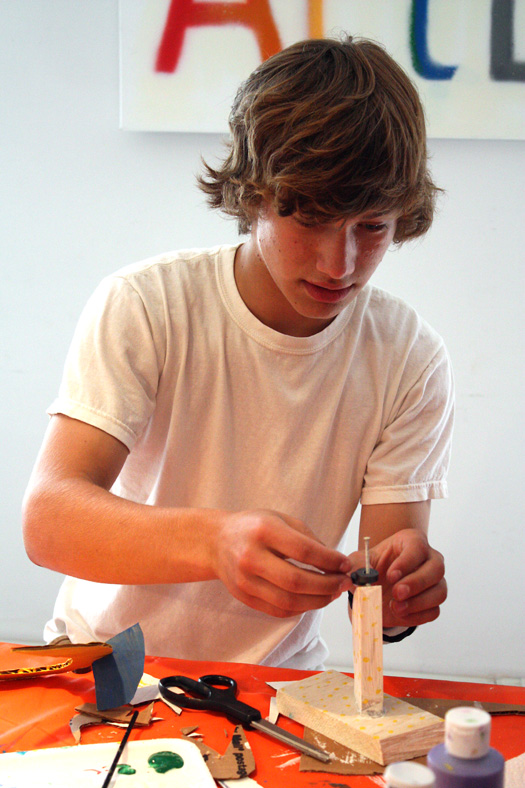 Straightaway, there was a lot of playing with the magnets 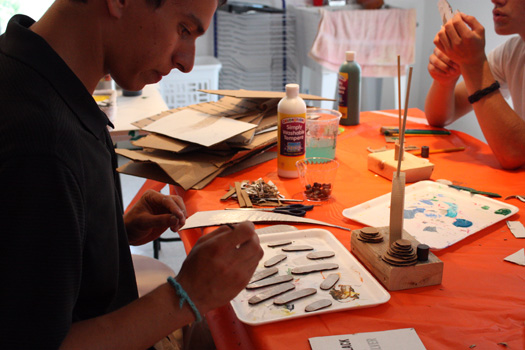 and a wide variety of approaches to the cutting and painting of shapes. 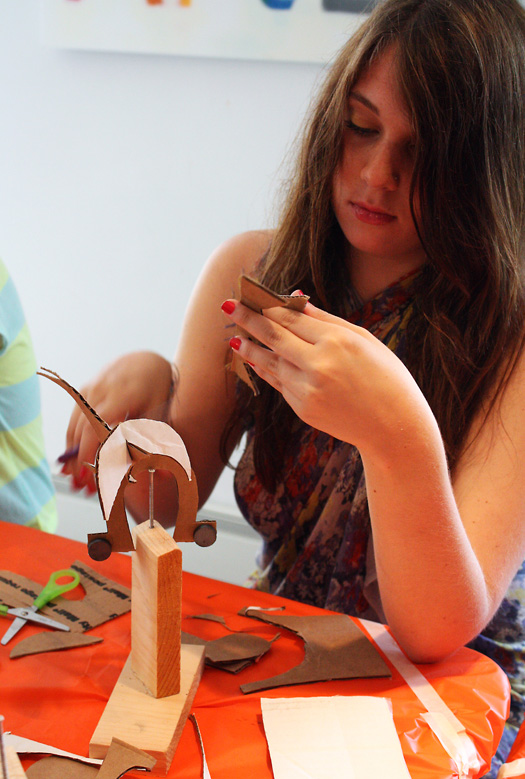 There was also careful attention by some young artists, to the base. 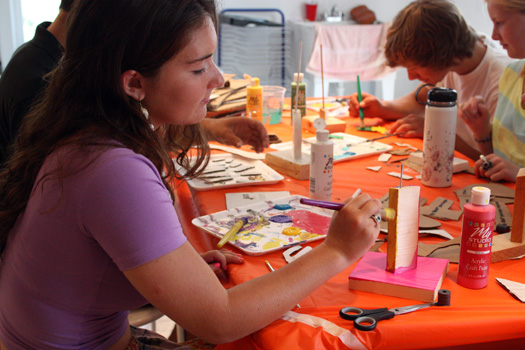 But this was fundamentally a project about balance… 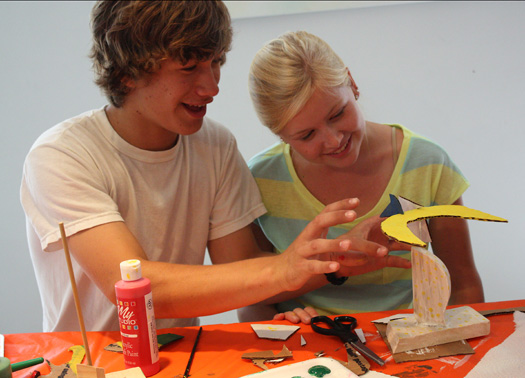 so in a sense, my still photos leave out a lot of the really interesting and exciting moments that led up to the moment of equilibrium… 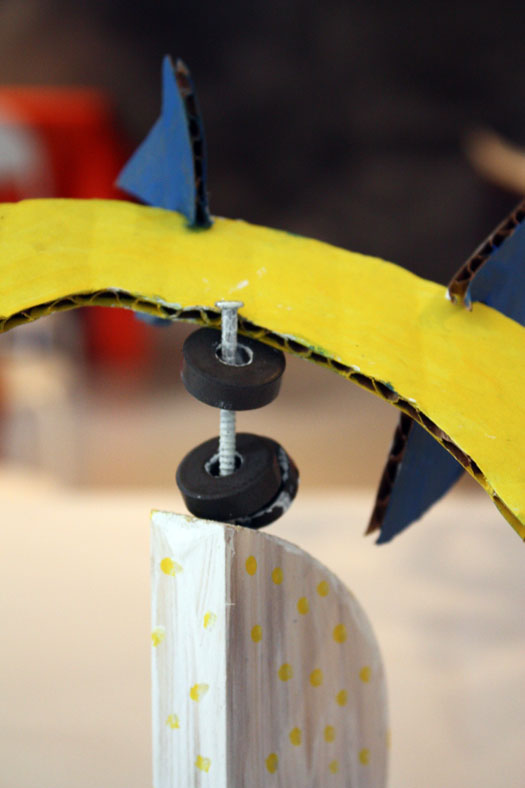 the moments where shapes were stacked and organized and the force of the magnets was toyed with to find a range of ways to make the pieces hover and float. 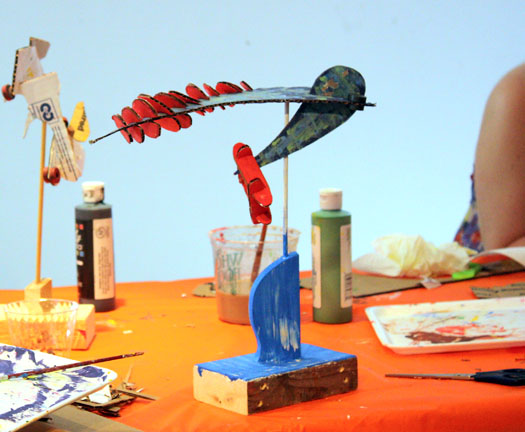 Two young girls joined us, and they too had strong ideas about approaching the creation of their sculptures. 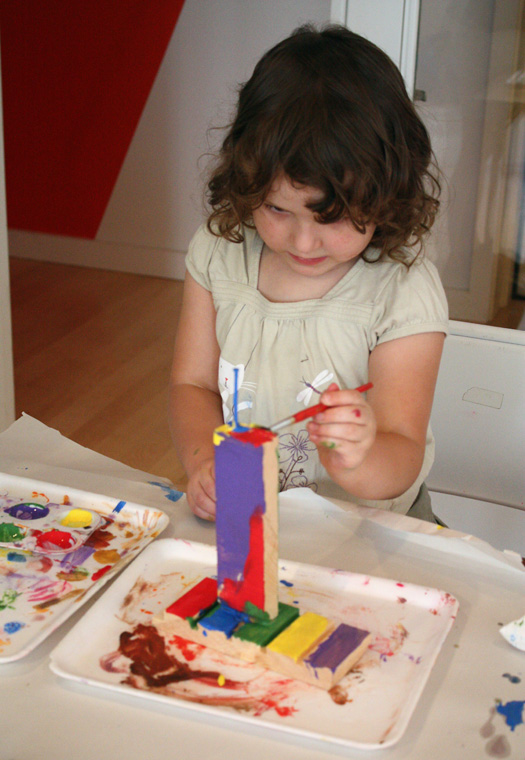 Four year old Ula (above) created this sculpture with her mom… 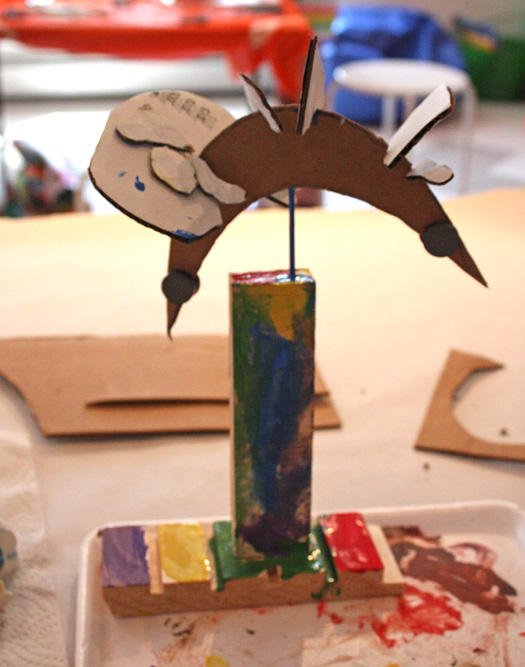 And seven year old Delilah (below) worked with me as an assistant to help complete her sculpture. 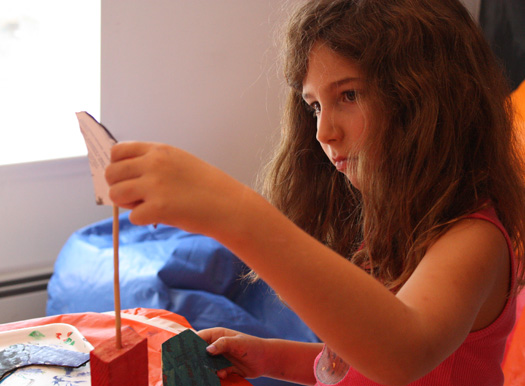 But as I wrote, for all of us the intrigue was all about creating and finding balance, so when all of the shapes were in some way poised atop the quarter inch head of the stick or nail 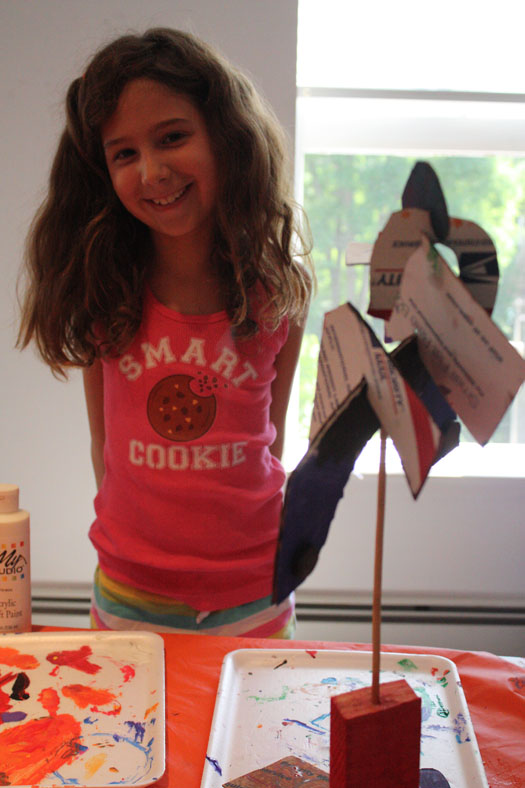 the feeling of achievement was undeniable… 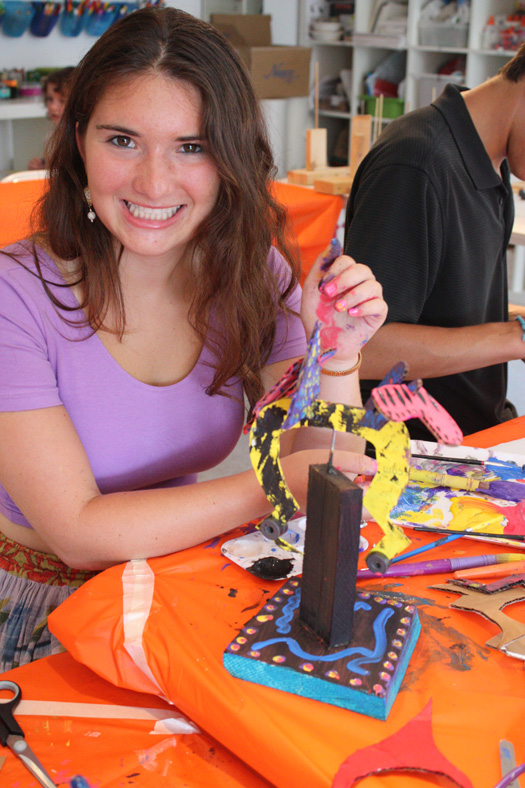 The completed sculptures were fun and funky 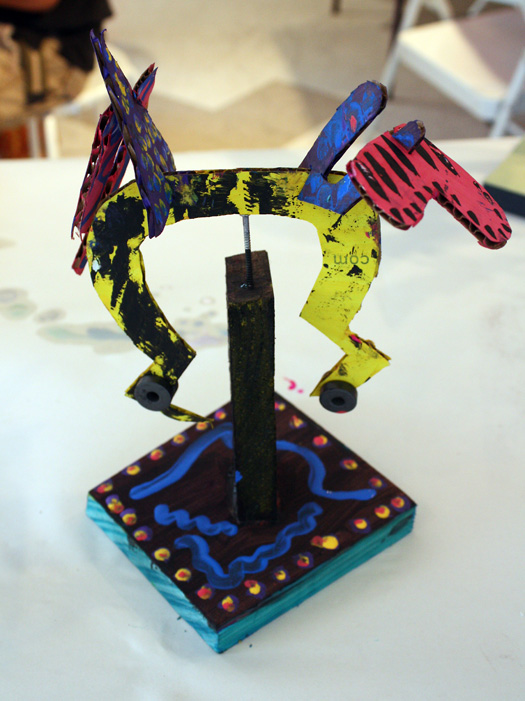 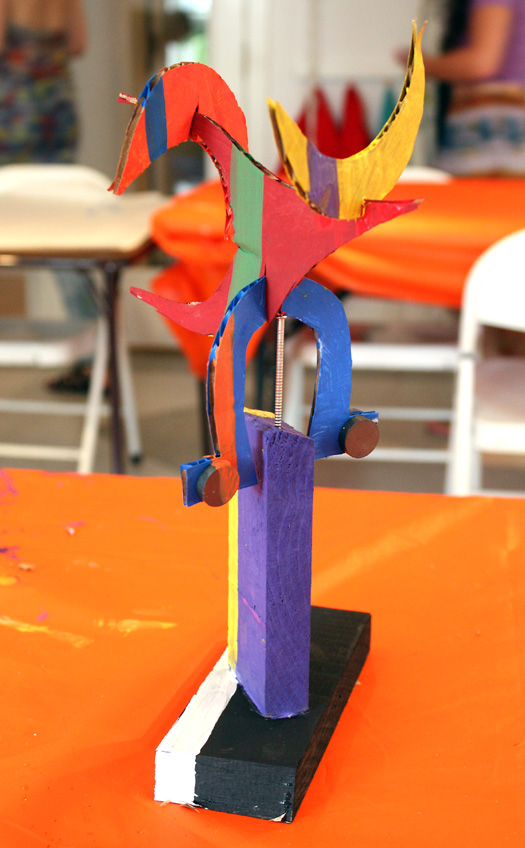 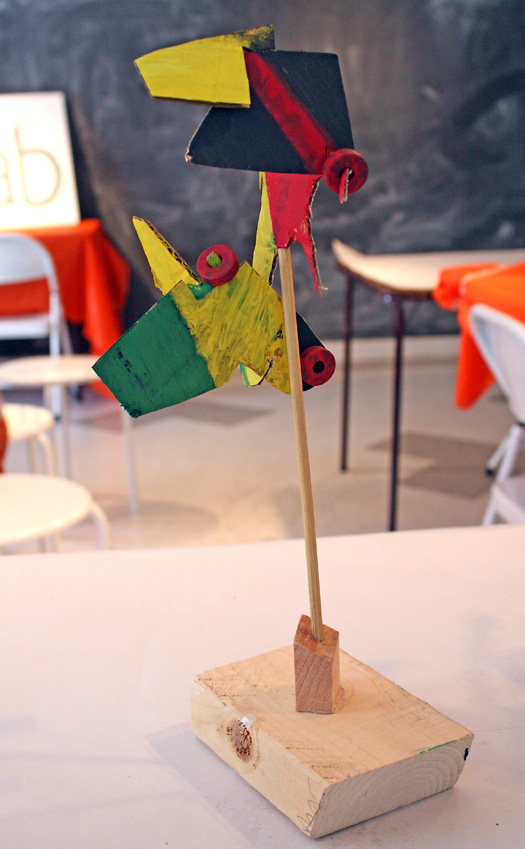 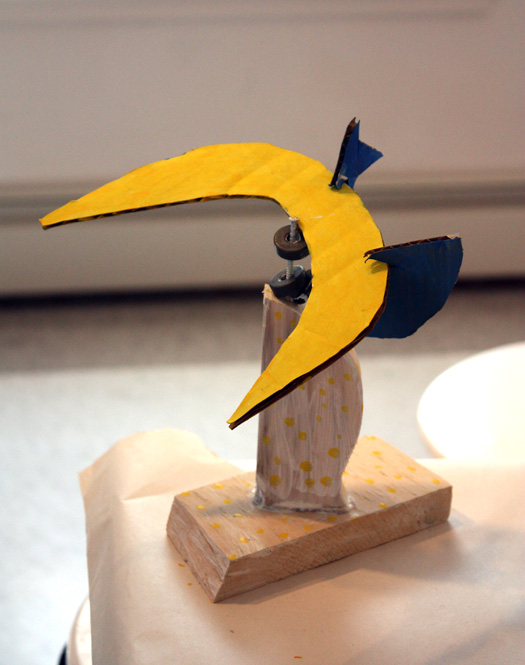 With a shared sense of suspension, steadiness, and weightlessness 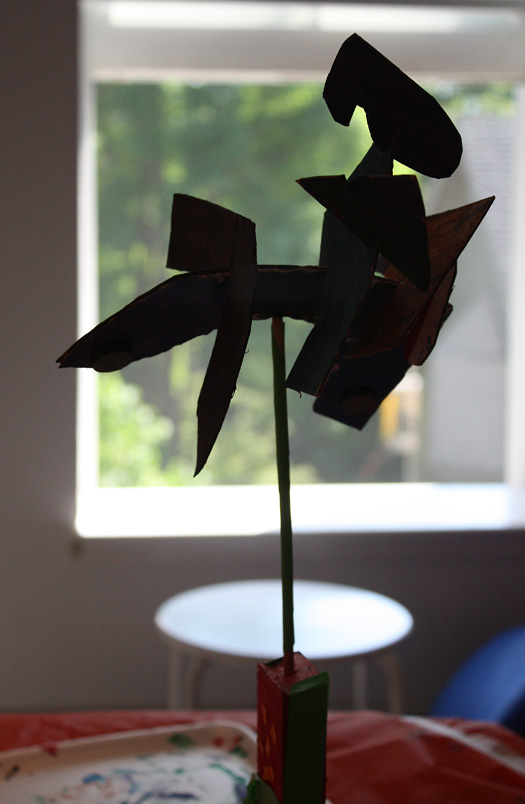 each piece also exuded a cool aura of mystery.