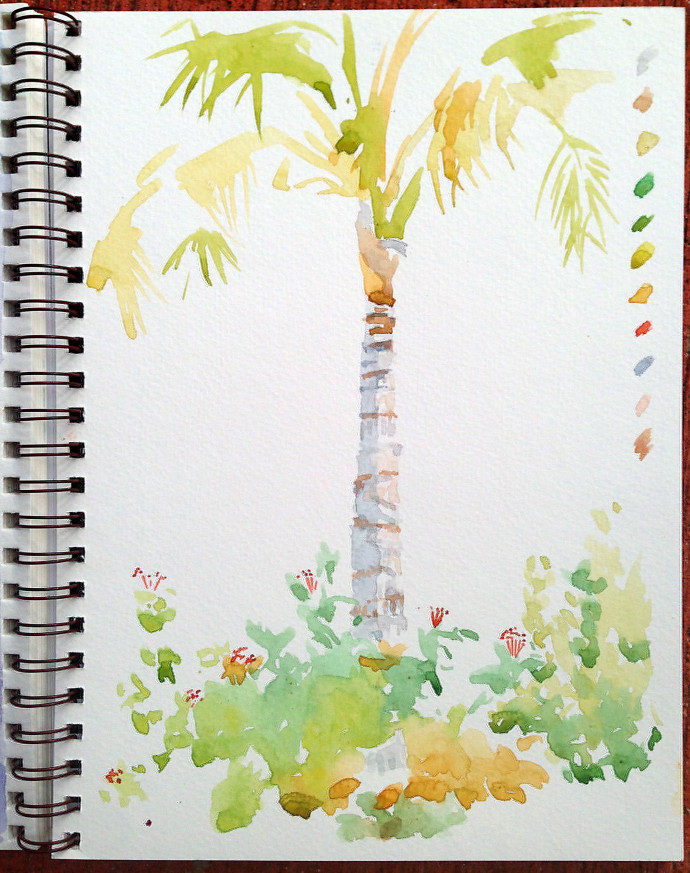 I teach people of all ages…in schools, museum programs, private lessons, on land and at sea. My teaching style embraces both the practical and the playful: I introduce fundamental techniques in tandem with loose, experimental approaches. I teach those who have wanted to experience the medium but have been intimidated, and those who want to find new freedom in painting and/or watercolor. I love to dispel the tired notion that “watercolor is unforgiving” by demystifying its physical properties to understand how to go with the flow. Seriously Playful Watercolor is a workshop I’ve created to do this very thing. For private lessons or custom tailored workshops, send me an EMAIL.

In 2014, I began working for Celebrity Cruises, designing itinerary-based projects to teach creative watercolor painting aboard the ships. I spent five very special years traveling the world as onboard artist. Below is an article in the Portland Press Herald and some blog posts about my experience aboard these incredible vessels. 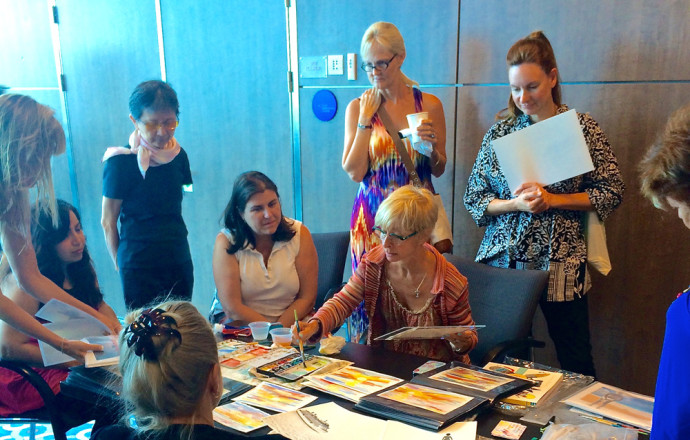