a series to a book 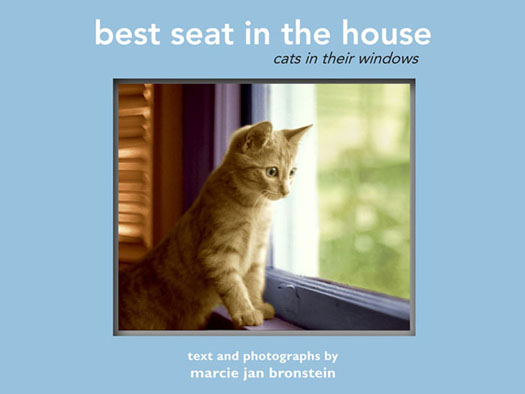 In an earlier post I wrote about the not-so-obvious part of the process of creating of a body of work, whereby one might be working on something for a long time without consciously realizing it. Such was the case for me with the images in my book Best Seat In the House, which was published in 2009… 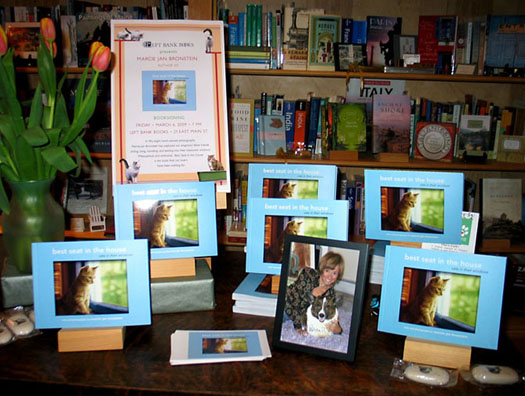 The year before, in the spring of 2008, my book I’ll Wait in the Car, featuring my hand-painted photographs of dogs waiting in cars, was published. And inevitably, I was anticipating the post partum that comes at the end of a big project. I was speaking about this on a walk with my good friend Lindsay McGuire, (animal lover, book lover, and co-owner of a jewel of a bookstore, Left Bank Books). I know exactly what your next project will be, she told me. And when we got back to her house, she went to a drawer in her desk, pulled out this old postcard, handed it to me and said, your next book focuses on cats in windows:

When I saw the image, a little shiver ran up my spine. Some sense of familiarity… some sense of images taken, forgotten, but now remembered… I saw flashes of photographs from travels years before, and all at once, I knew.  (I don’t know how Lindsay could have known, but she did.) 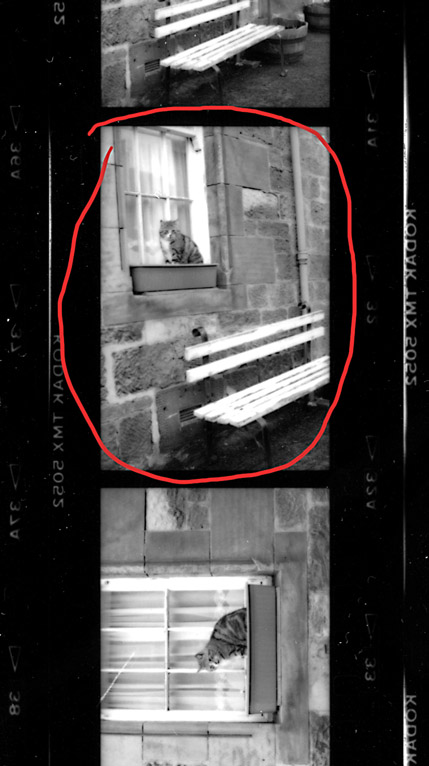 I went back to my studio, and took boxes and boxes of black and white negatives down from a shelf. I turned on my light table and scanned my contact sheets. And there I saw dozens of images of cats in windows. Images I had taken, but never printed. Like the one above. That was an image I took in Scotland, which I hand-painted, below, and which is now on the back cover of Best Seat In the House. 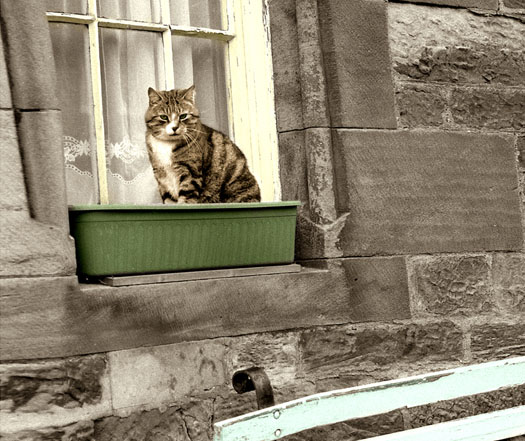 The image below was taken in Italy, 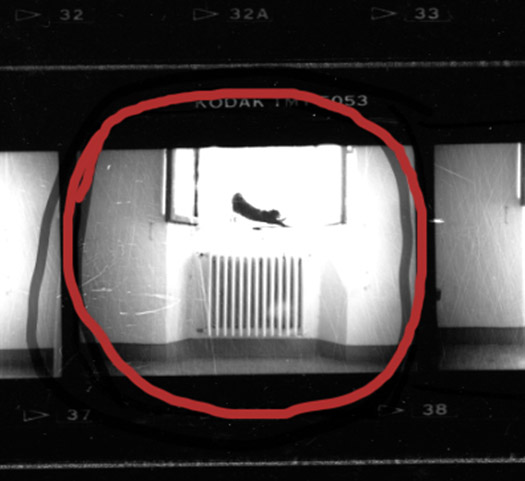 and never printed until I scanned it and toned it for the book as well. 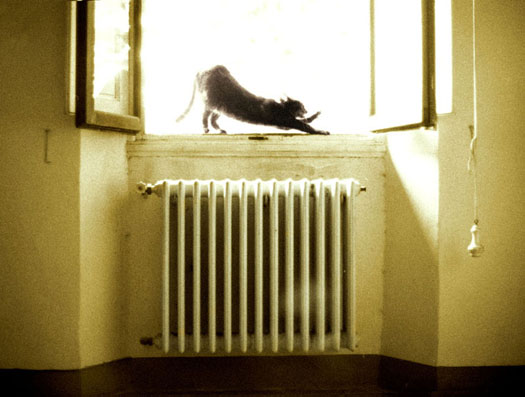 To move from black and white to color, I painted each scanned negative in Photoshop, in a dozen or more layers. As with the photograph below, which became the cover image. (The original photograph had been taken more than ten years earlier in San Francisco.) 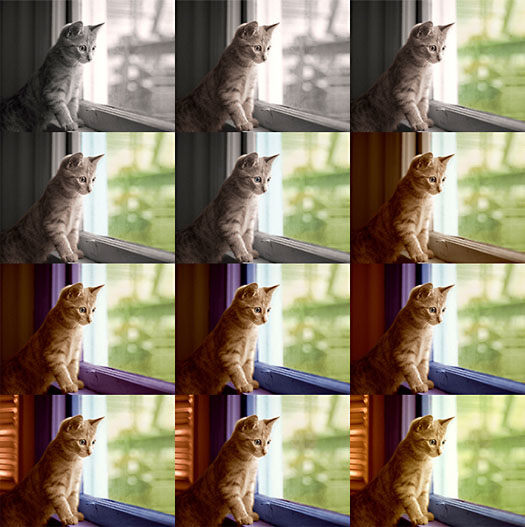 After I collected and painted all of the images of cats in windows that I had already taken, I took the idea to my publisher, who, in another moment of clear kismet, told me that Cats in Windows was precisely what the editors had been speaking about, as a follow up book to I’ll Wait in the Car. 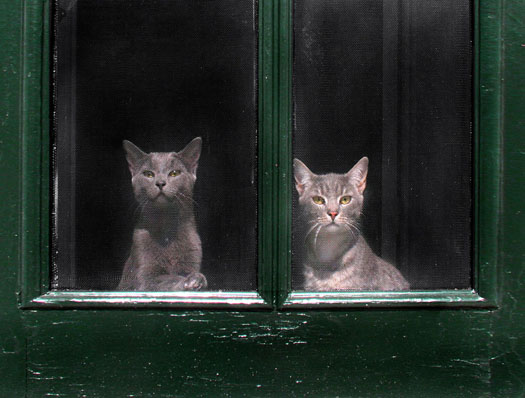 For the next few months, I wandered the streets in my community looking for cats in windows. They were everywhere… 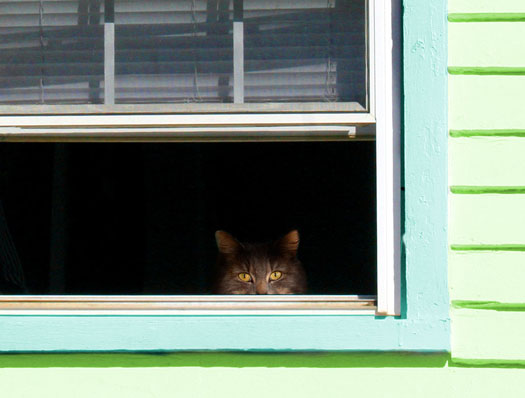 They were peering out of windows, and napping in windows. 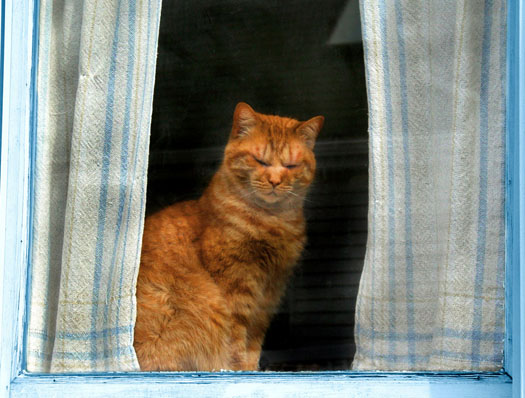 Visiting friends, they spontaneously appeared, looking in on us from their perch outside. 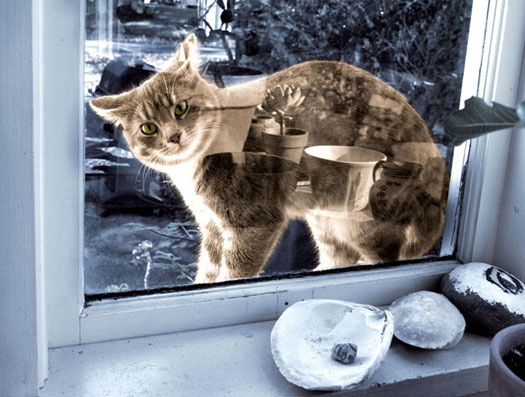 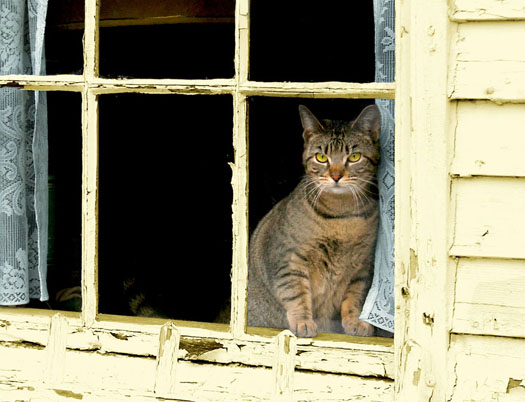 But the longer I focused on both the cats and the importance of the window to the cats, 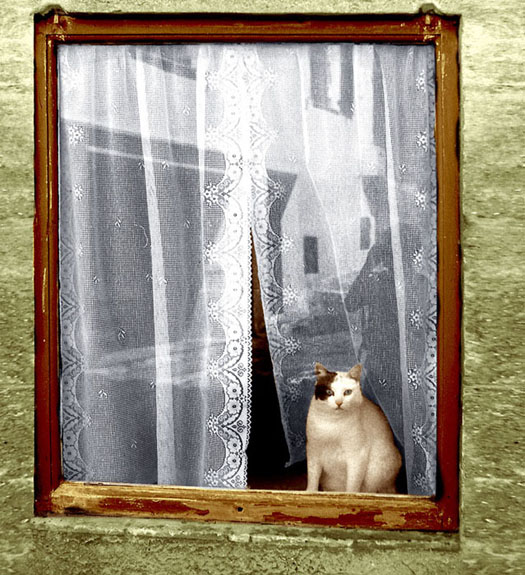 the more compelling it became… 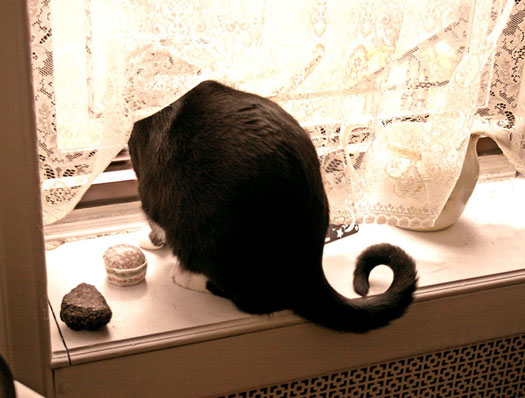 And now, a few years after the publication of the book, some of the images have gone on, in good cat fashion, to have other lives. Like the one below, which was just licensed as a Get Well card for Borealis Press. 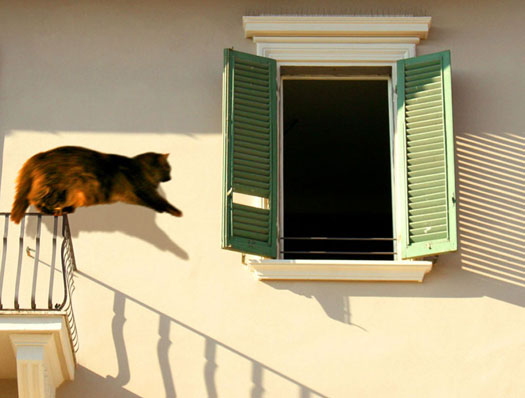