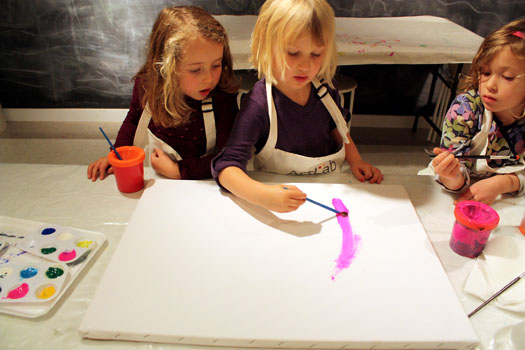 Yesterday in CMCA’s ArtLab the kids created their third collaborative painting. If I’d have videotaped this session, you would see and hear what I can only describe (without any exaggeration) as a most reverent atmosphere. 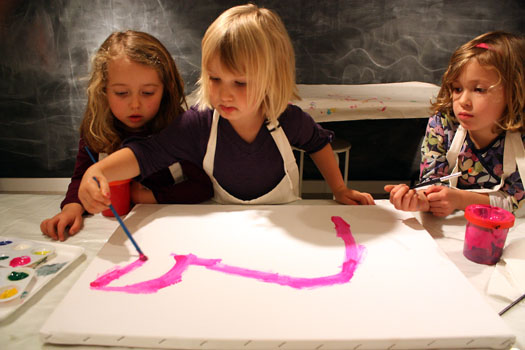 It would be too easy for me to say that it was the music coming from my iPod (John Dowland’s Lute) that created the mood in the studio. I think it was much more than that. 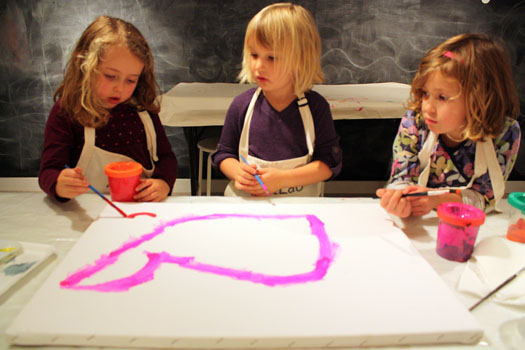 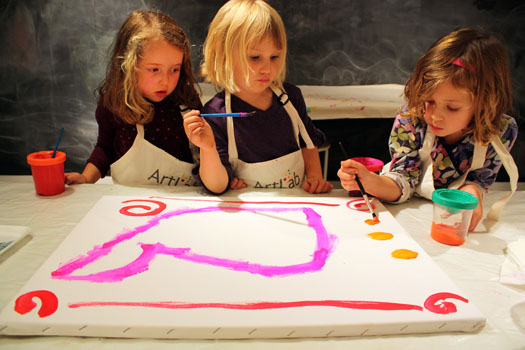 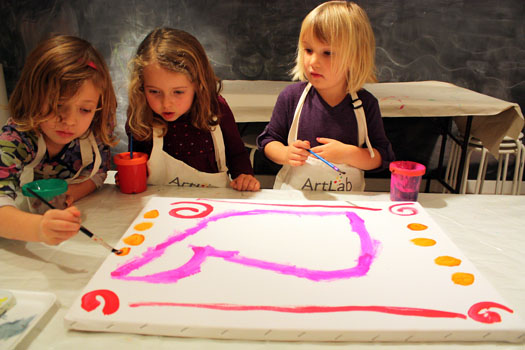 So when the young blond girl finished her turn and gently touched the shoulder of the girl next to her (without taking her eyes off the painting) I could not help but feel that I was watching a rather quintessential collaborative art-making moment. 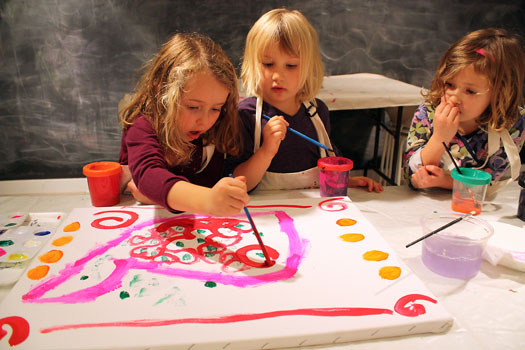 The level of focus on the work they were creating was so intense, so completely concentrated, energized, and open, all at the same time, that all the world, all of life at that moment was a distillation of the movement of the paintbrush and the stroke of color it created. 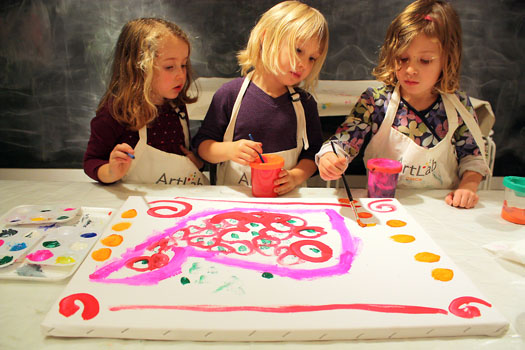 Then, in an unpredictable flash, it was over: One of the children looked up and said that most-often-spoken-in-a-classroom-phrase: “I’m done.” 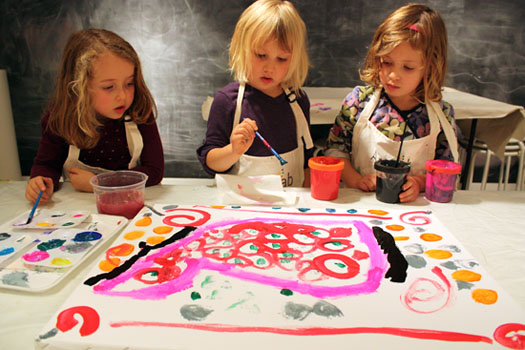 And with that, the spell was broken, and the painting was put on pause… a work in progress…