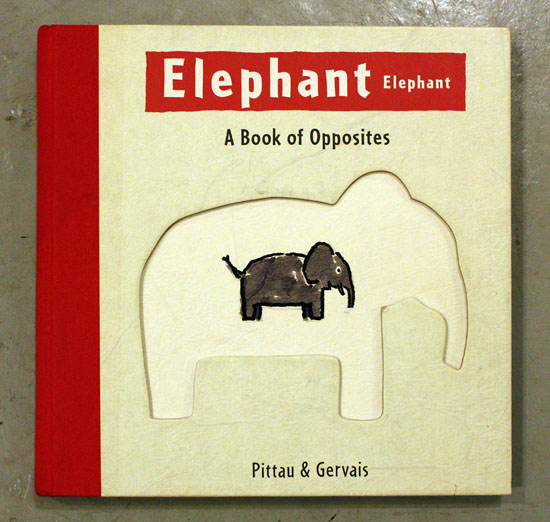 Thank goodness I was in New York last December for that record-setting blizzard. And thank goodness there was a Housing Thrift Works store on the Upper West Side, where I was navigating mountains of snow, frigid air, and incessant howling wind. I ducked into that warm store, and right there, lying on an old coffee table was this clever, witty book, Elephant elephant, A Book of Opposites. 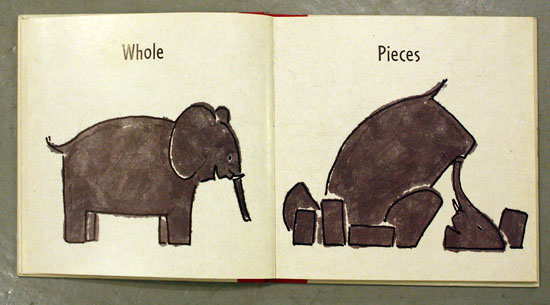 I immediately knew that I would bring it into the classroom, but I wasn’t clear about what kind of “opposite” project I might create for it. 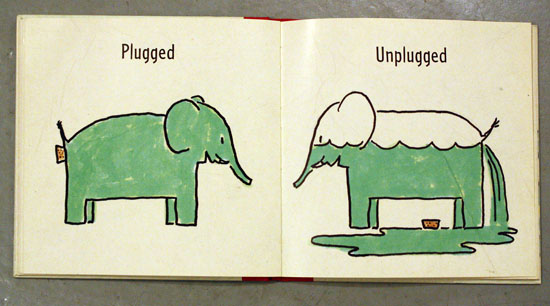 After returning home, and after reading the book many times, I decided to create (using a drawing tool in Photoshop) a large page with two simple line drawings of elephants facing each other. 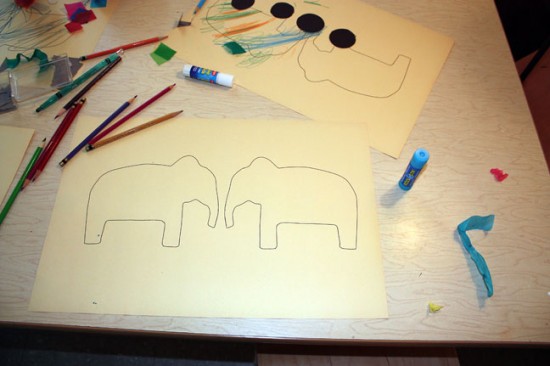 I read the book to a small group of children aged three to five, and they were riveted. They were also howling with laughter. We spoke a bit about this word “opposite,” and then we moved to the tables where collage materials were set out, along with the blank pages, some glue, and some colored pencils. No directions or directives were given…none were needed. The children went to work. 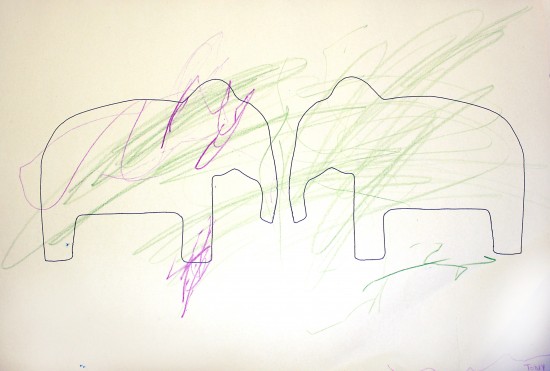 This was created by a three year old boy. 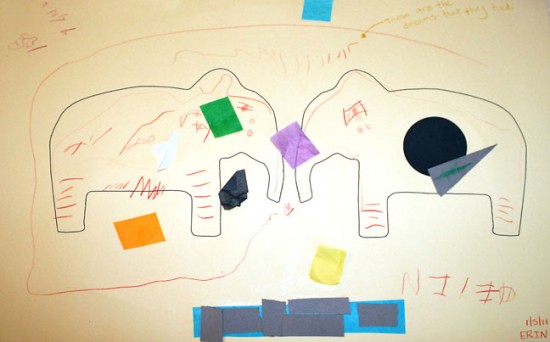 This young girl created the collage above, narrating as she drew. The elephants were apparently having a conversation and the lines above them are the “thoughts” they were having. 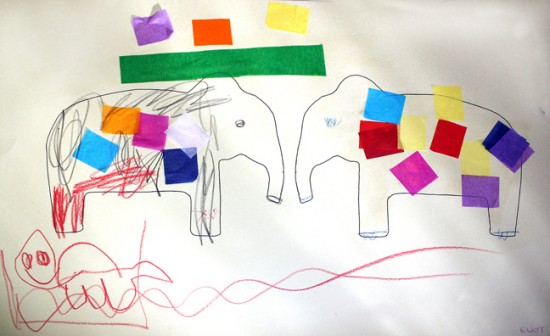 This was created by a four year old. One elephant is balancing something on his head while the other watches. Not to mention the creature on the lower left under the balancing elephant. 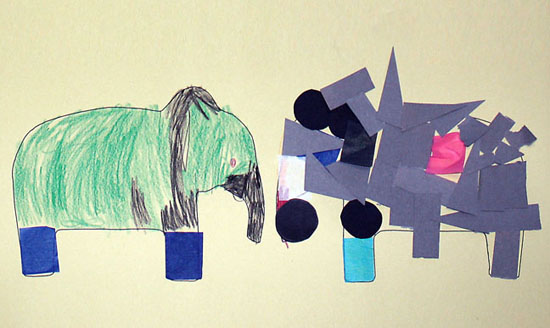 And this was created by a five year old boy. While it was typical of this child to approach his page in a methodical, carefully considered way, the elephant opposite project seemed to bring on a kind of perfect art storm. The combination of the book, the collage materials, colored pencils, and clean line drawings allowed this child to create this remarkable work. One can’t ever predict when these kinds of moments will come about. But when it happens, it’s quite a thing to see…