eye painting: the look of love 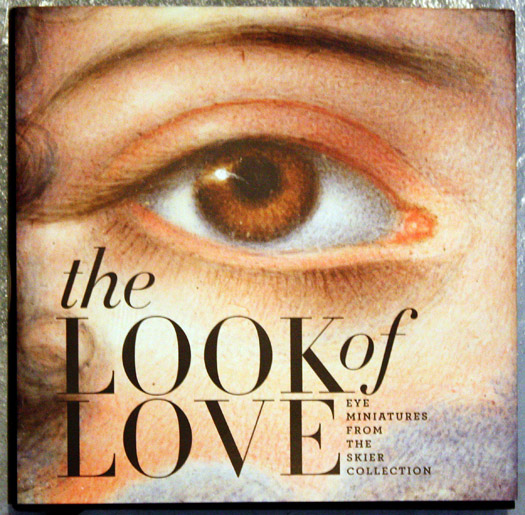 Yesterday I led a workshop at the Rockport Public Library, which I designed in response to the gorgeous book above. The Look Of Love is the catalogue for an exhibition of Nan and David Skier’s collection of “lover’s eyes” at the Birmingham Museum of Art. For those who are unfamiliar with these compelling objects (as I was until I bought the book), the English love affair with lover’s eyes began in 1785, when the Prince of Wales secretly gave Mrs. Maria Fitzherbert a miniature painting-on-ivory, of his own eye, beautifully set with jewels. 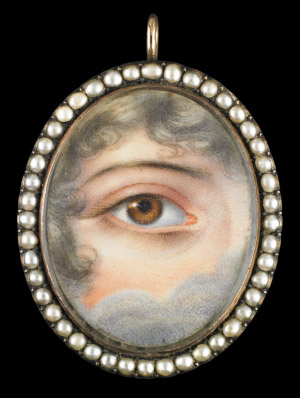 I was captivated by the paintings, the jeweled settings, and the idea behind it all, and wondered how kids would respond to the images in the book and the concept of small paintings of eyes. 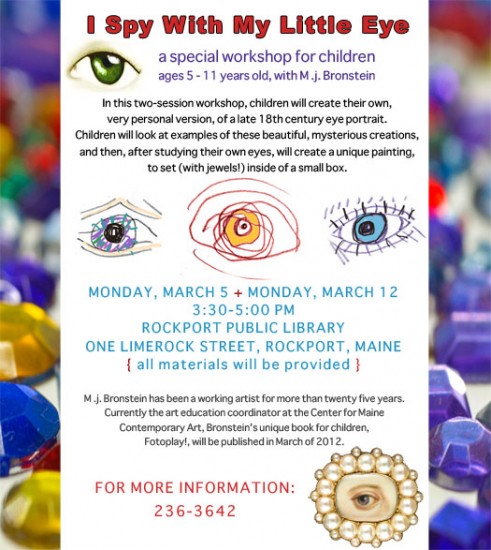 Each was given a small mirror, 3 inches round, and a small canvas, 6 inches square. 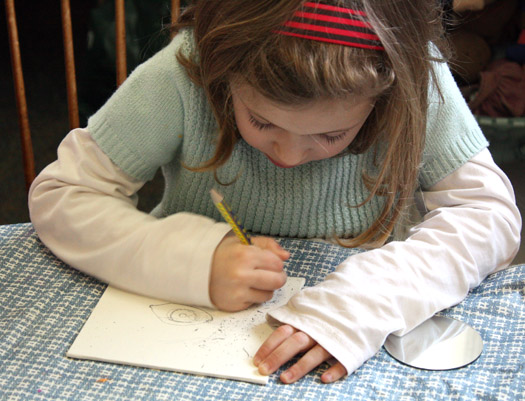 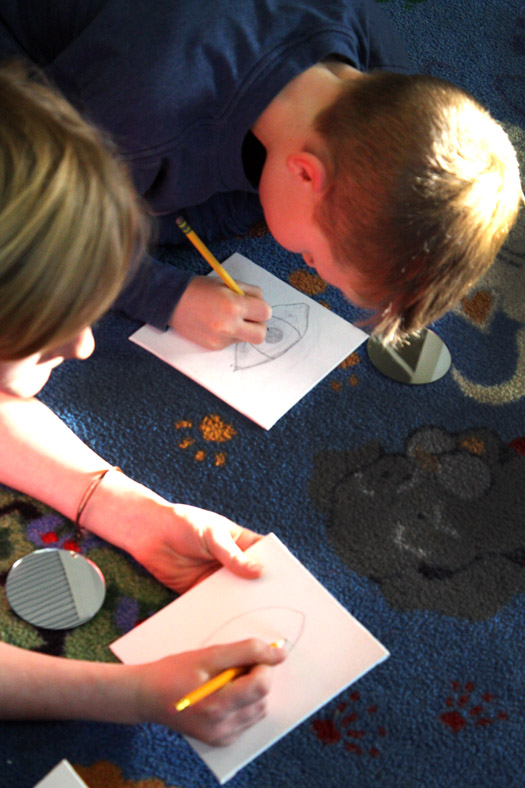 It was fascinating to watch them working… 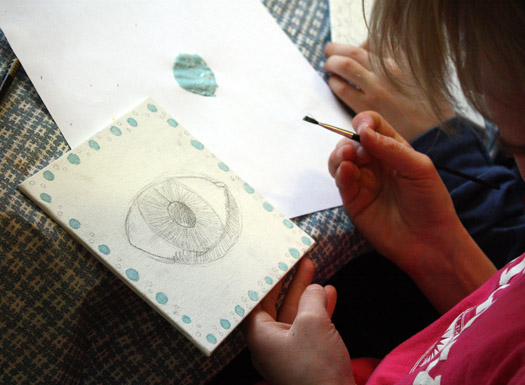 studying all of the shapes and colors and facets within their eyes. 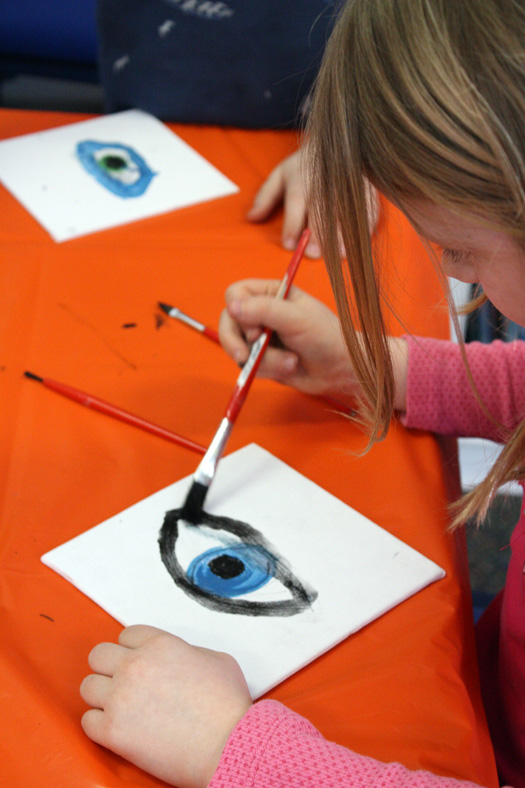 The girl below struggled with whether she wanted to include her purple glasses or not. (She chose to include them. See group photo below, lower right.) 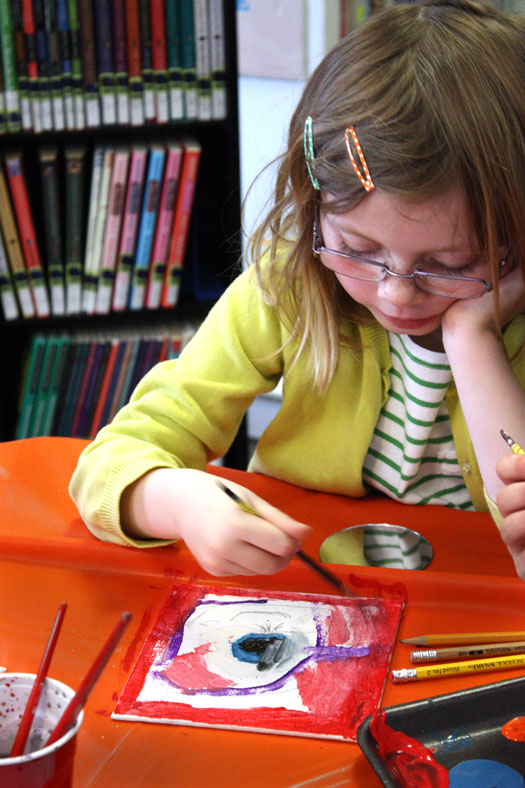 The process of painting led them into another realm… 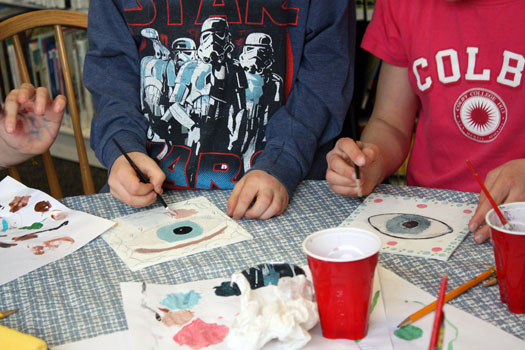 where the paint itself, and its transparency or opacity, 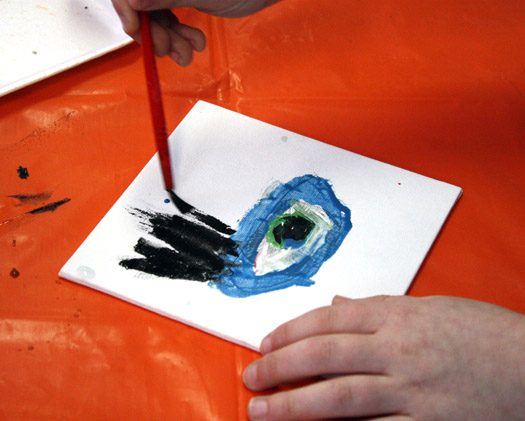 along with its ability to bleed, led to some terrific experimentation/exploration… 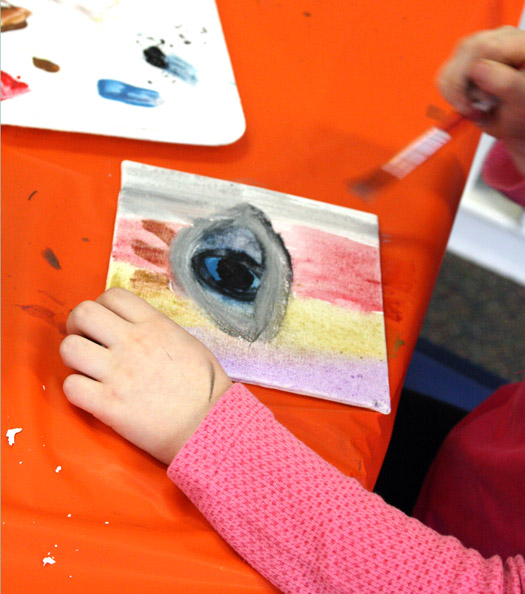 Here are just some of the completed paintings, made by kids age 5-11. 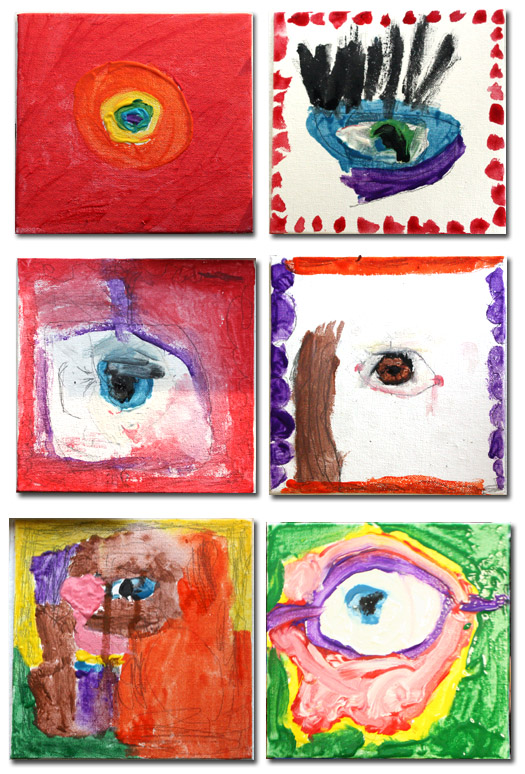 While it was clear that everyone noticed something new about their eyes, perhaps the most obvious epiphany (because it was expressed out loud with such excitement and emotion) came from the girl below. Looking into her little mirror, and intently studying her blue eyes, she discovered “rays of white” that she had never seen before. Those white rays became a focal point in the painting, like the center of a thoughtfully designed mandala. 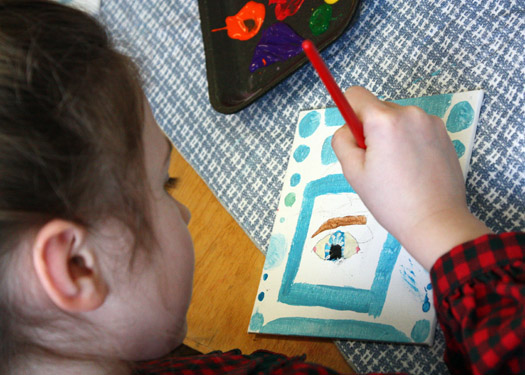 Next week, for part 2 of the workshop, the kids will mount their paintings in a small box, and they’ll design a setting around them, with “jewels” and beads. They will also write a short story about their piece which will be mounted inside the lid, accordian style.   Click here to read all about it!