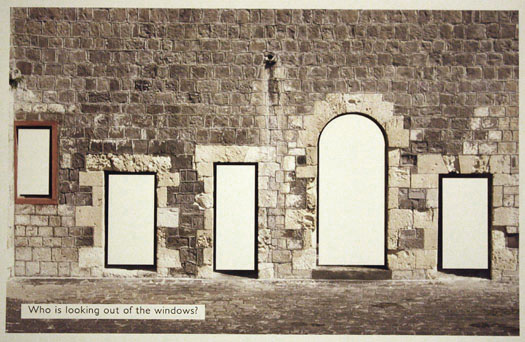 Last spring, I created this Fotoplay page using a photograph I took eight years ago at the great fort, El Morro, in Puerto Rico. I’ve since given it to a number of kids in a variety of settings; the responses are personal, mysterious, and like most art, open to interpretation. 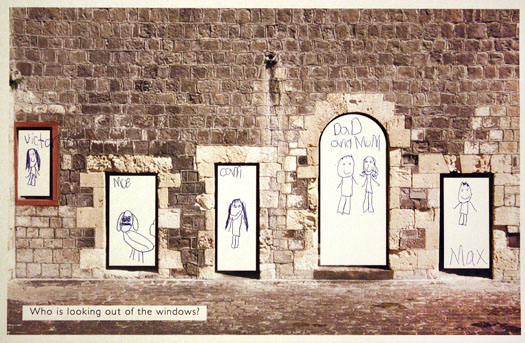 The eight year old who created this page made, in essence, a family portrait. She has included her brother, her sister, her dog, and her parents, who are placed high up, within the largest frame. 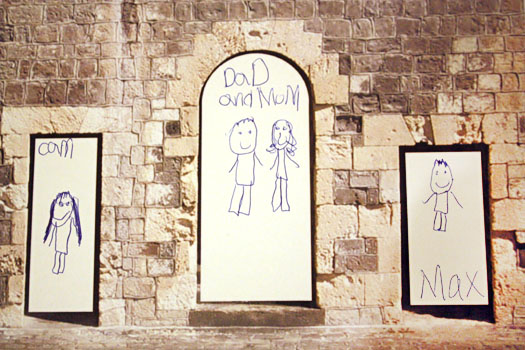 The page below was created by a five year old girl in my CMCA ArtLab class, who for the past eight weeks, has focused on rainbows. You may have seen her work in this earlier post. Nearly all of the projects she has created at the ArtLab have included or featured a rainbow. She not only concentrates on a rainbow’s collection of colors, she also explores those interrelated arcs that nest, one inside the other. 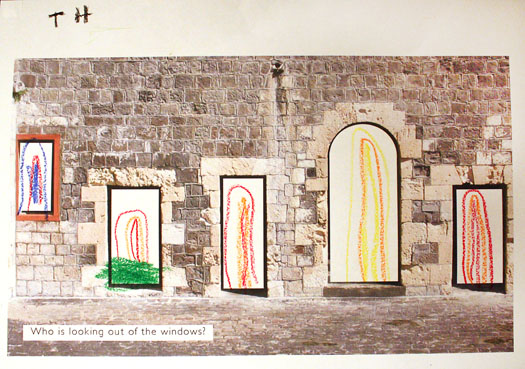 I love how the rainbows, juxtaposed with the straight-edged geometry of the frames, seem to be living, breathing, glowing… 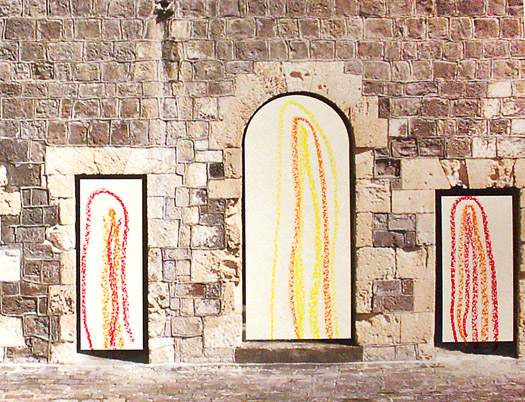 This girl’s focus on rainbows, which she often speaks about while working, affects the children around her in varying degrees. The page below was created by a six year old girl who did include a rainbow in one window, 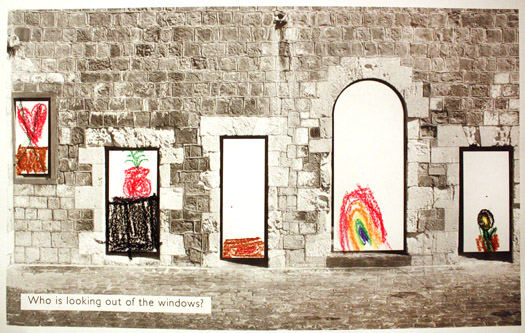 but also added other symbolic objects, two that stand on pedestals like sculptures. I don’t know if the crossed lines on top of the heart shape are a set of curtains, an attempt to “cross out,” or an indication of some other thing. 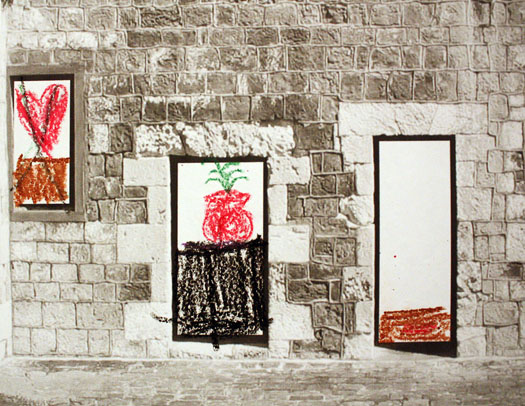 The five year old who created the page below had been making small swirly forms in two earlier projects. 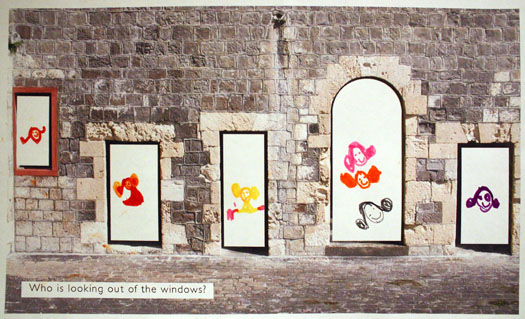 So I was struck by her repetition of that abstract curvy form, now re-imagined in the window frames as faces. Whose faces might they be? 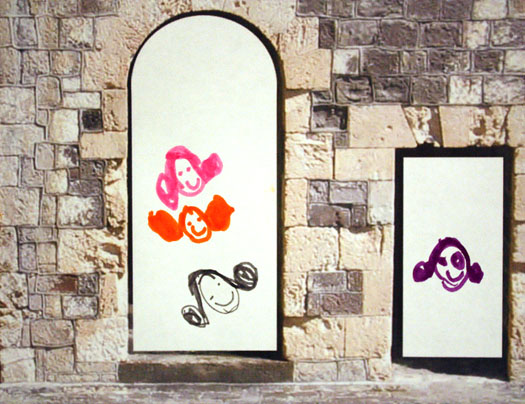 I didn’t have time to ask the kids about their work, and in truth, “interpretation” hasn’t been my interest with Fotoplay. As someone who’s spent her life focused on the making of art and the meaning of images, I’m aware of the psychological and symbolic implications of the Fotoplay pages that kids have created. But I’m an artist, not an art therapist or a psychologist, so my practice has been to allow the work to stand on its own in a purely aesthetic realm. However, this particular Fotoplay page has opened the door (or window) to my thinking about Fotoplay in a way that up until this summer, I had not considered. In August, a neighbor asked me to bring a few pages up to her house, to give to her seven year old granddaughter, who was visiting with her mom for the week. This young girl’s mom is a psychologist, and her response to her daughter’s drawings was from the point of view of a psychologist. Windows and doors are of course symbols, and what was of interest, from this mom/psychologist’s perspective, was the way that her daughter not only framed something in the space of the window, but also included a figure (herself), standing beside each window, looking out. The viewer and the viewed. 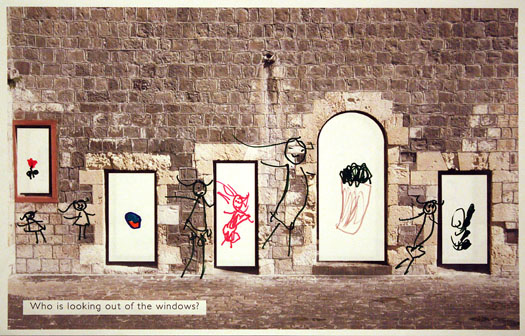 While her work is a direct response to my prompt (“who is looking out of the windows?”) it’s also a reflection of her awareness of herself, and her power in directing/focusing both her gaze and ours on selected objects and figures. 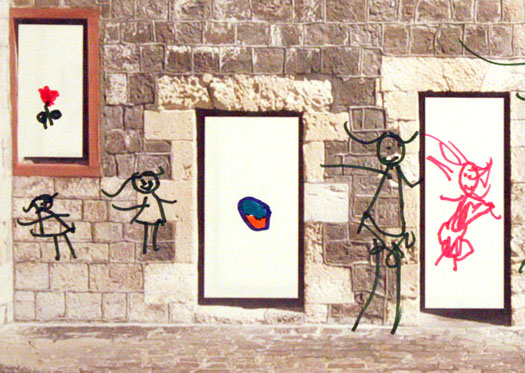 A number of art therapists have responded to my Fotoplay pages, suggesting they would be a fabulous resource for their work. Their responses, along with work created by the children, has inspired me to create more Fotoplay pages…with windows, and doors, and other framed spaces.