in praise of paint chips 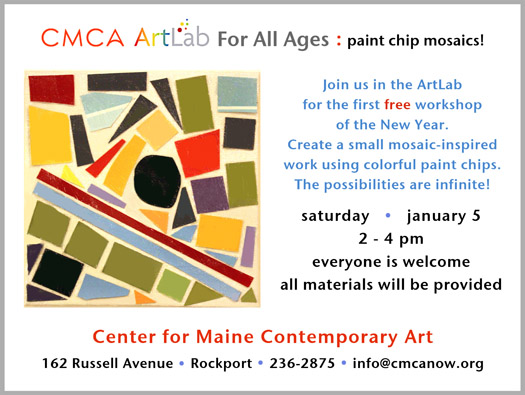 The first CMCA ArtLab workshop of 2013, focused on the idea of paint chip mosaics. To prepare for the project, I collected lots of paint chips (thank you Home Depot and every other hardware store in the area) and then created a few pieces of my own. Even though I had spent a lot of time in my studio playing with the chips, and knew that “the possibilities are infinite,” I was still surprised by the range of approaches in the work created. 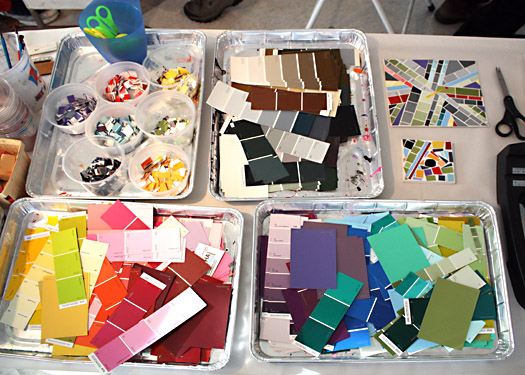 There were, as usual, people of all ages working side by side, 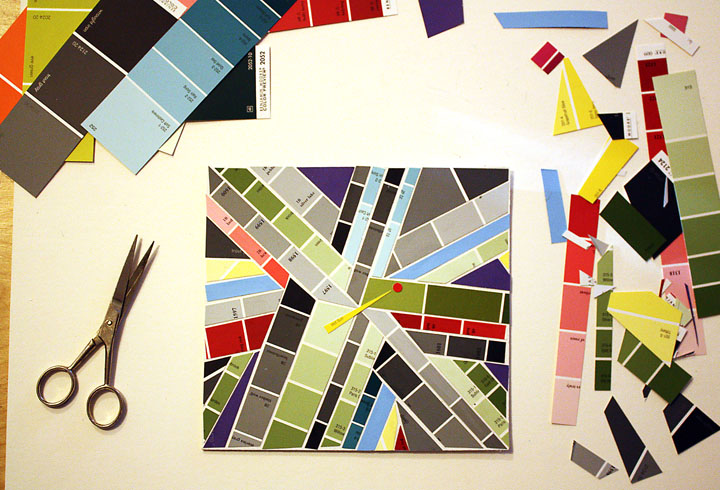 and there were lots of families, working on pieces collaboratively or alone. 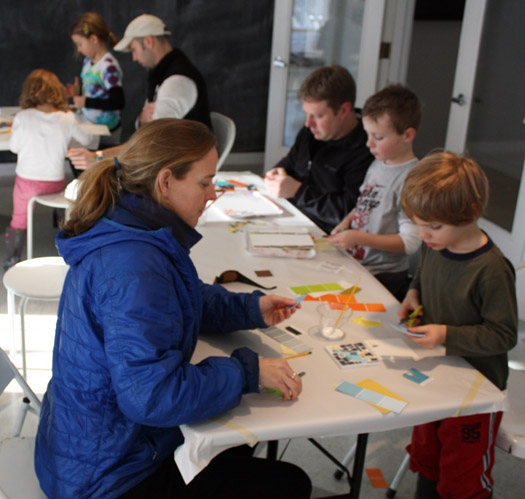 Not surprisingly, given the task of designing with color and with shape (and tiny ones at that), 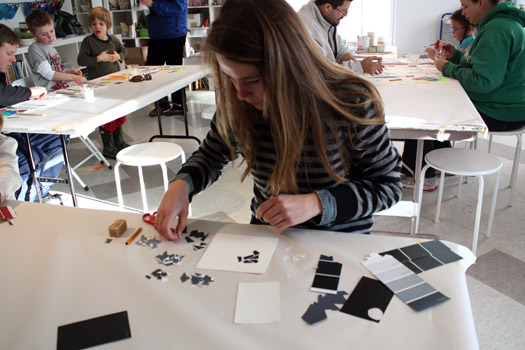 there was serious focus. 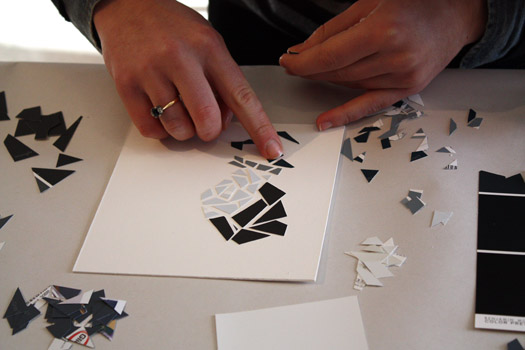 By the end of the two hours, there were many unique works 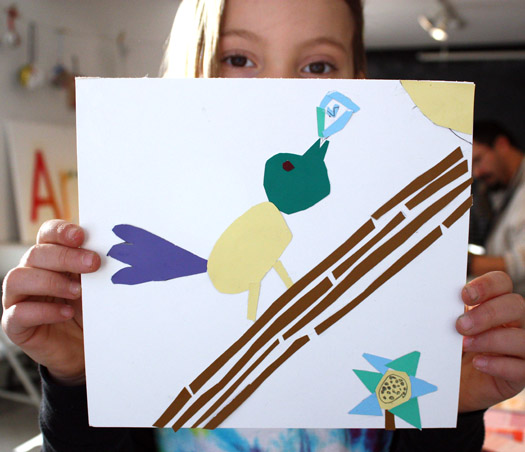 like the singing bird by Lily (above), and the works below… 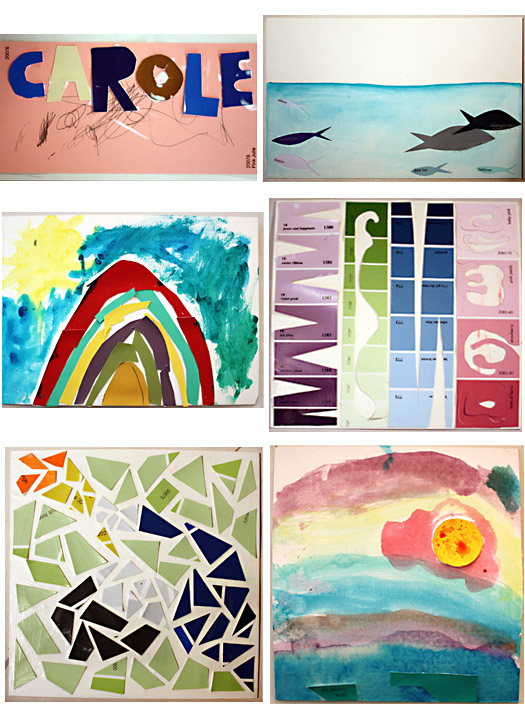 At the same time, there were also works created by kids and parents (each working on their own pieces, but next to each other) which, when placed side-by-side, tell quite the story… which I’d call, Magical Mirror Neurons : (*Kid’s work on the left, parent’s work on the right.)

Finally, there was one boy, Zeke, who chose to take my “sample” mosaics off of the front table, 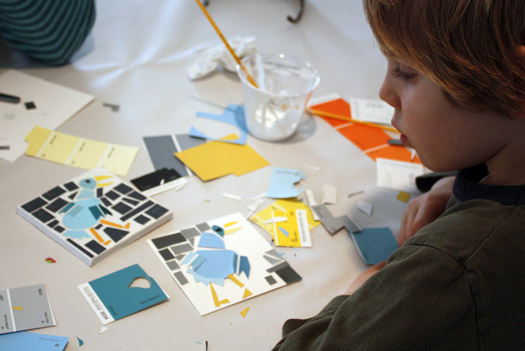 to replicate them for himself. 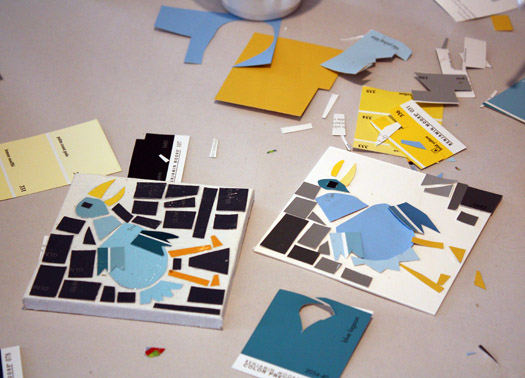 (Zeke’s on left, mine on right.) Those wings. And the shape of the head. And the eye… 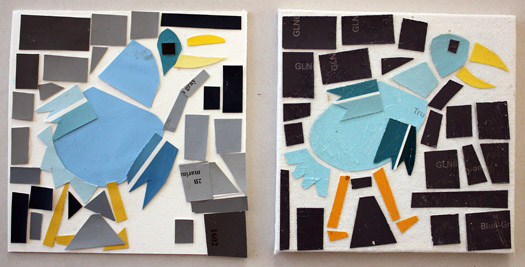 Zeke went on to create (re-create) the one below. 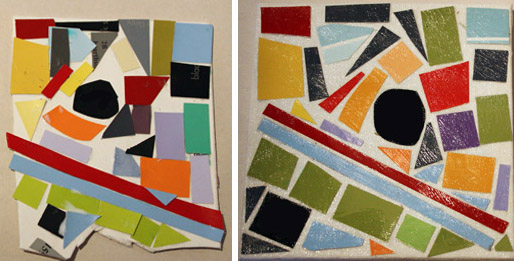 Paint chips! Another staple, I think, for the art studio…