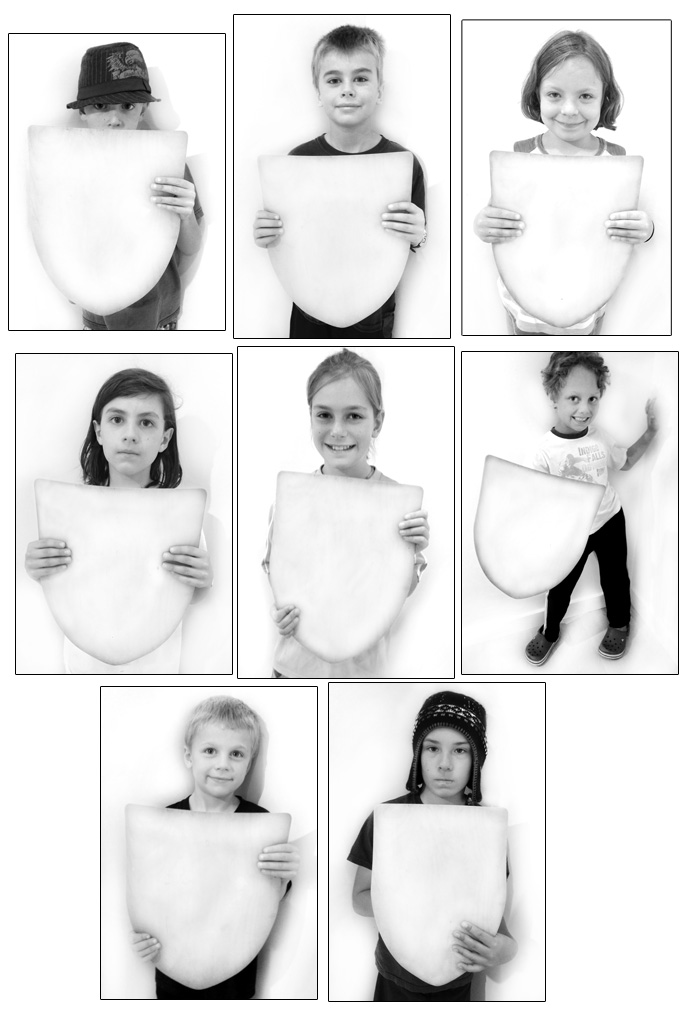 Kids spent the last week of ArtLab ArtCamp “Castles in the Sky, Creatures Flying High”) designing their own kingdoms, inhabited by an imaginary “family.” They began by designing the people/creatures who live there. They also created the buildings in which the creatures live. And then they designed and printed a “family crest.“ 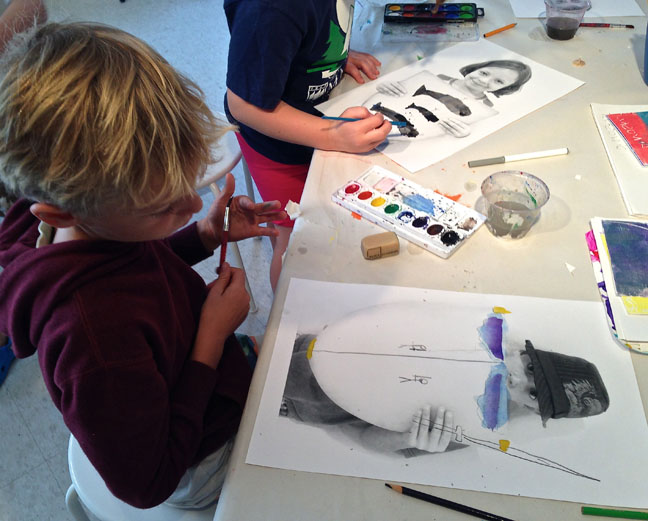 Mid-week, it was time for us to collaborate to create a PhotoPlay-style photograph on which they could then color, paint, or draw their symbolic family crest. 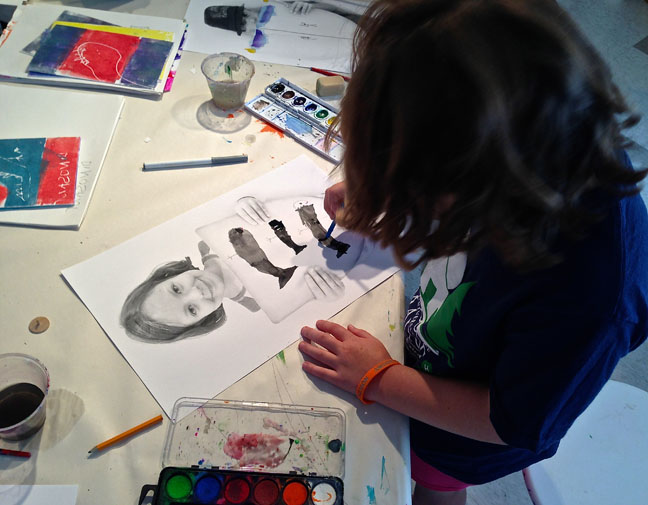 The reality of the large photographic print led to some new ideas. 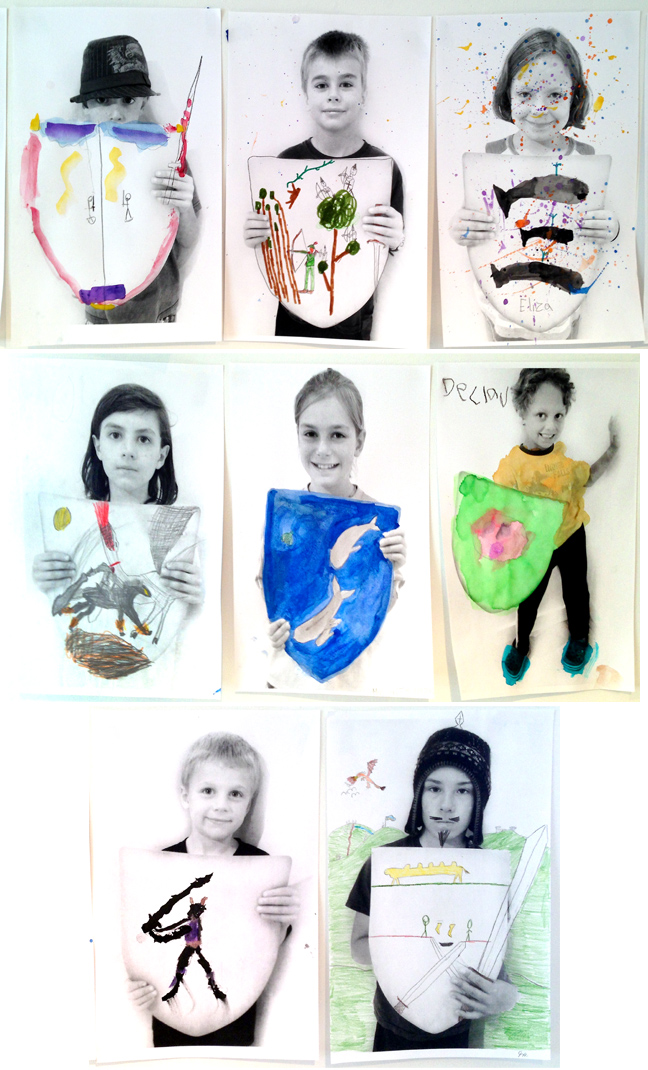 Especially when paint was added, and when the paint did its drippy, watery thing. 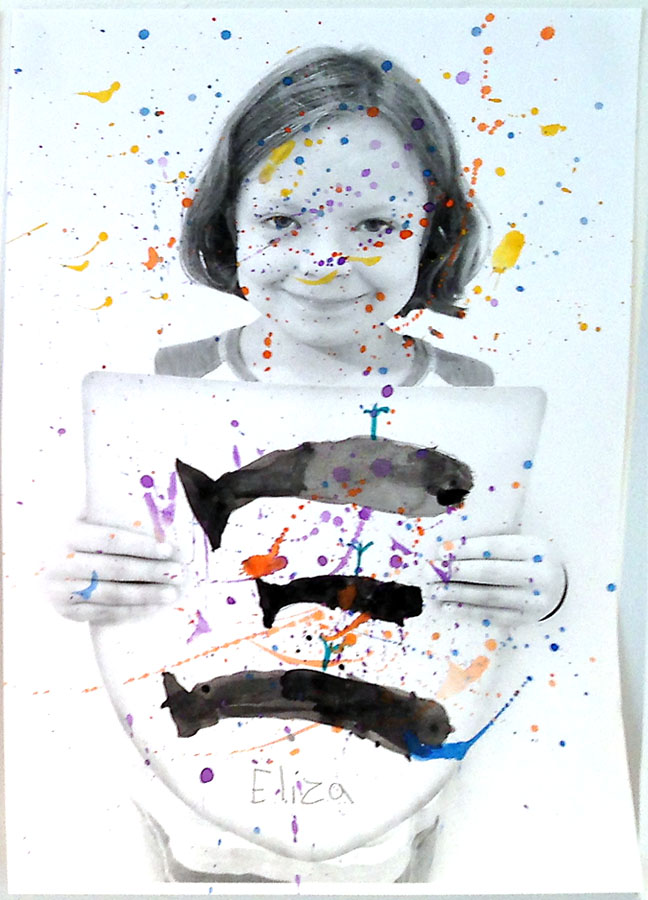