in praise of scratchboard 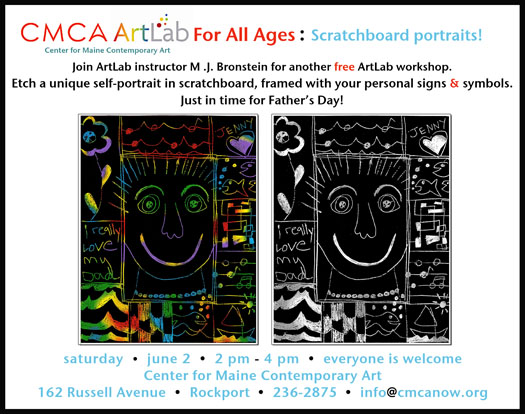 The act of etching a dark black scratchboard, combined with the metaphysical endeavor of creating a self-portrait is one potent mix, which I was able to closely observe at Saturday’s ArtLab for All Ages. I officially fell in love with scratchboard during last month’s spring garden installation, but combining it with self-portraiture only helped to deepen the love affair. To add one more level of exploration to the project, participants were asked to create a series of signs or symbols to frame their faces. The process of creating these works, scratching into deep black scratchboard to reveal rainbow colors or bright white, led to new ideas about self-portraits, family portraits, and portraits that defy easy classification. 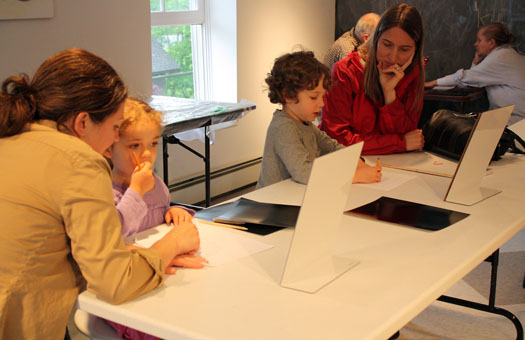 We began with the experience of looking in the mirror. And while some people stayed with the mirror for awhile–really observing their faces, making notations, composing their features on paper– many people fairly quickly left the mirror to create a self-portrait that went well beyond the literal image of their face. 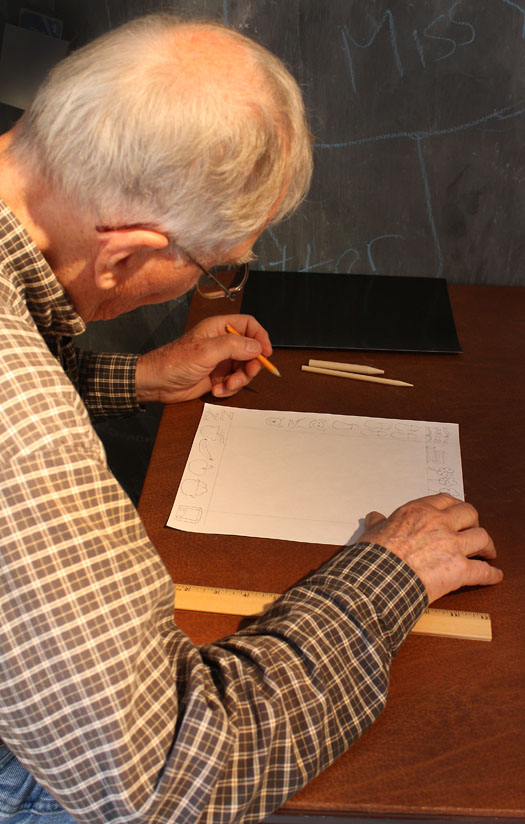 As usual, this was really an ArtLab for All Ages, where older people worked side-by-side, 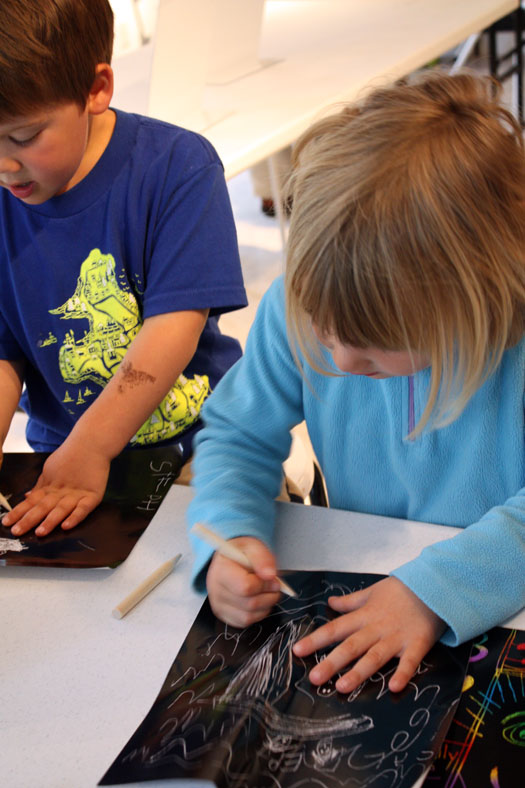 next to, or in collaboration with younger people. 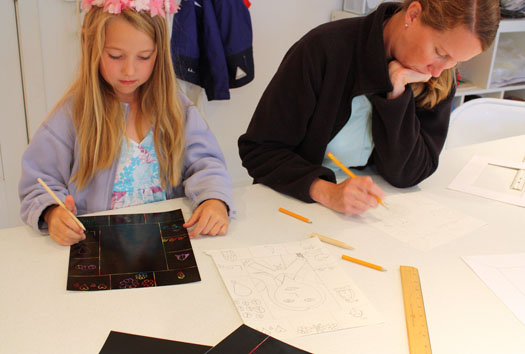 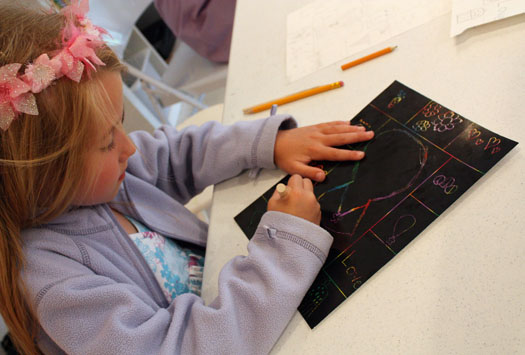 who created their own work 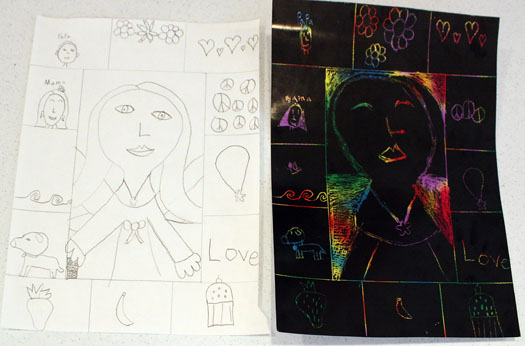 and also a collaborative family portrait: 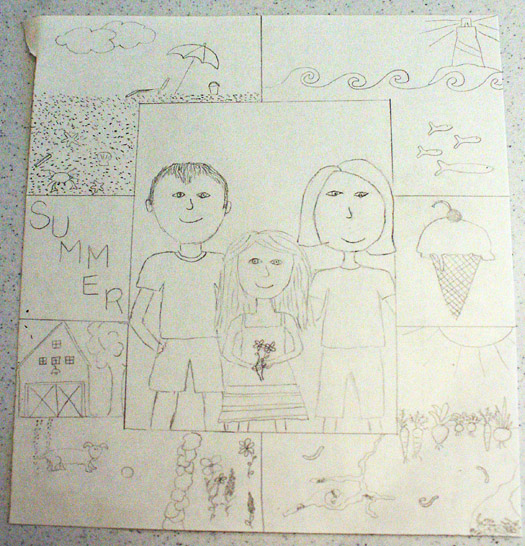 Katie, below, created her own self-portrait, surrounding her face in the middle with images of whales, a Care Bear, and small figures (upper right) of each of her family members. 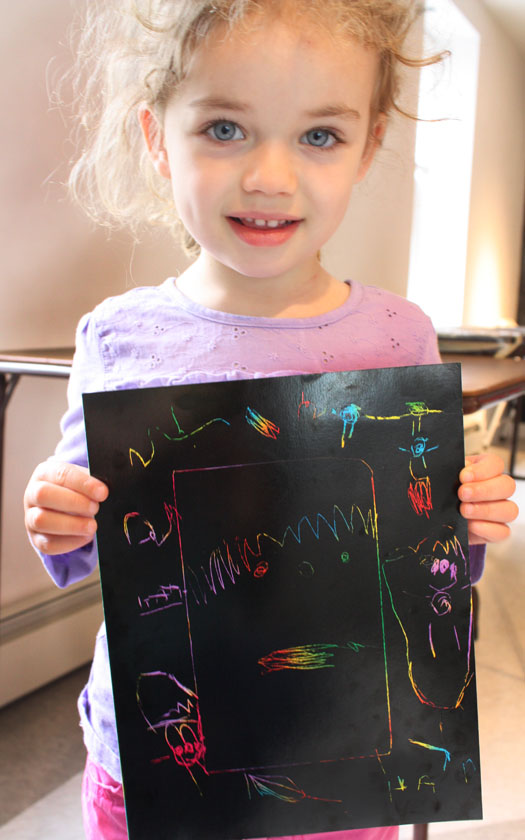 She then created a gift for her Father, in collaboration with her Mom. She was delighted by the unpredictable colors of the scratchboard, which gave her a pink face and her dad a blue one… 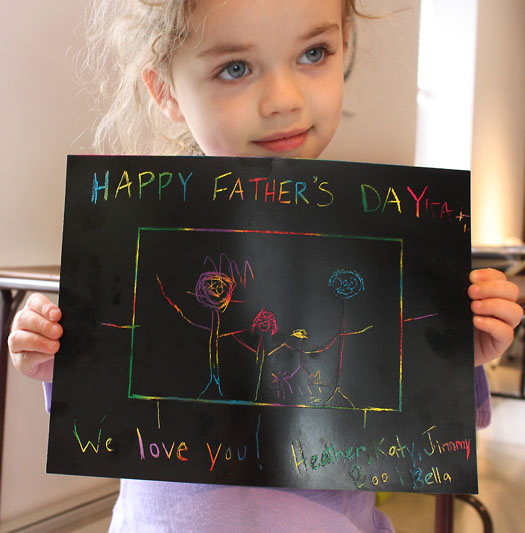 Ethan created the work below. He was really involved with the mirror, fascinated to discover the “lines of the sides of his nose.” 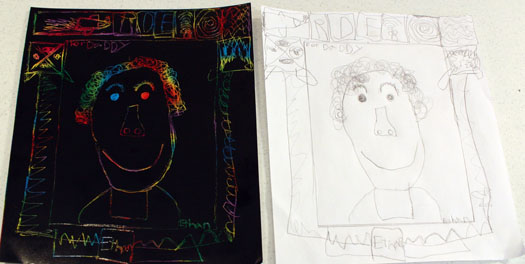 He too was delighted by the unpredictability of the scratchboard, which gave him one orange eye and one blue one. 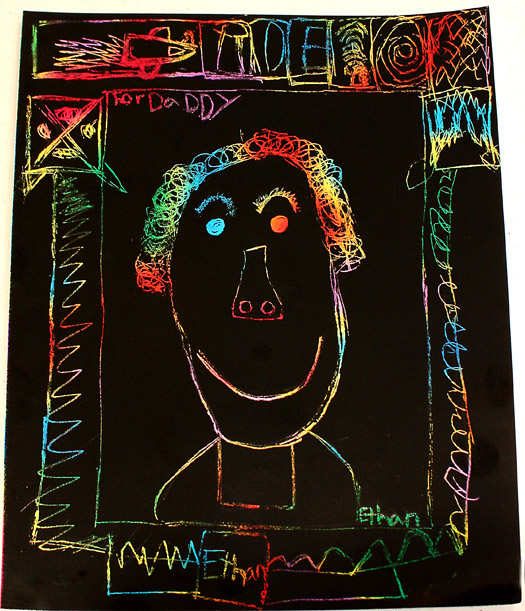 The girls in the next two photographs below are friends, who began working with mirrors 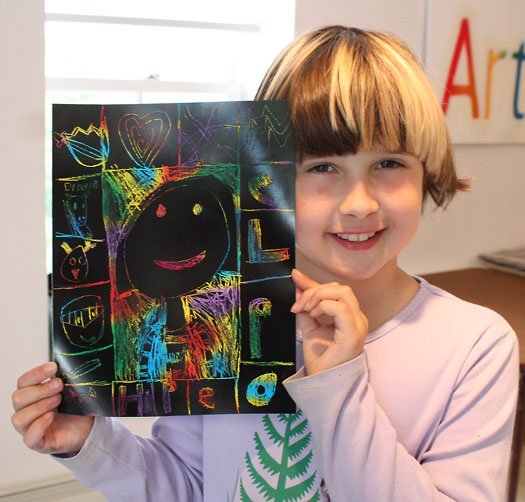 and then moved on to create works that were for and about themselves and each other. 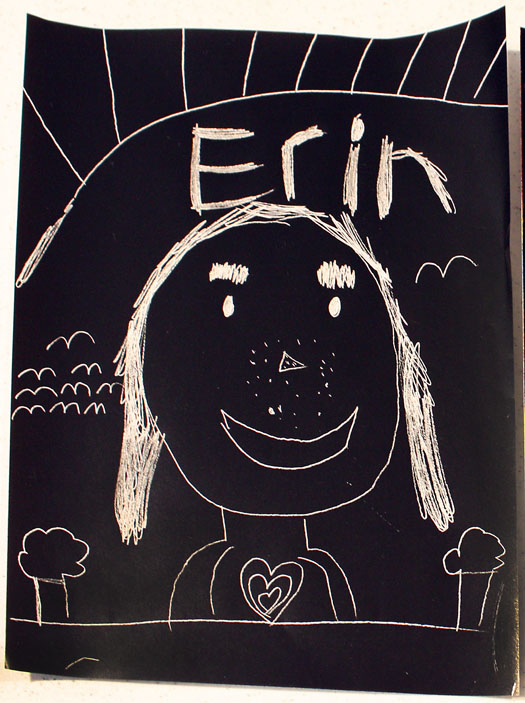 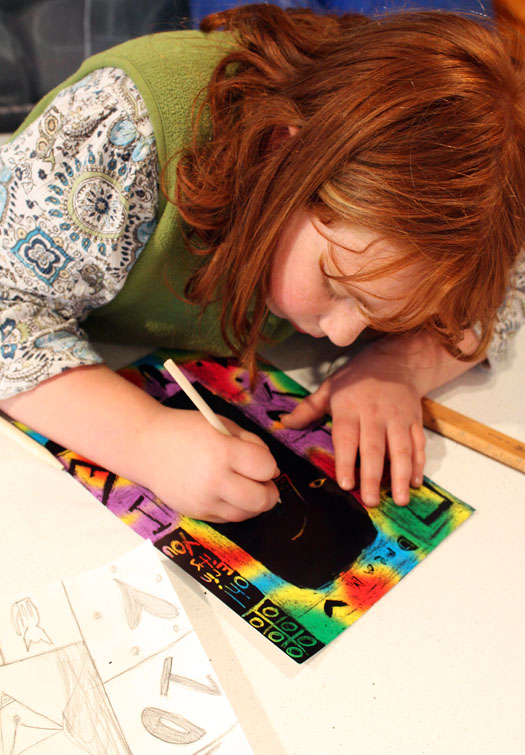 The father of the young lady who created the work above created his self-portrait, 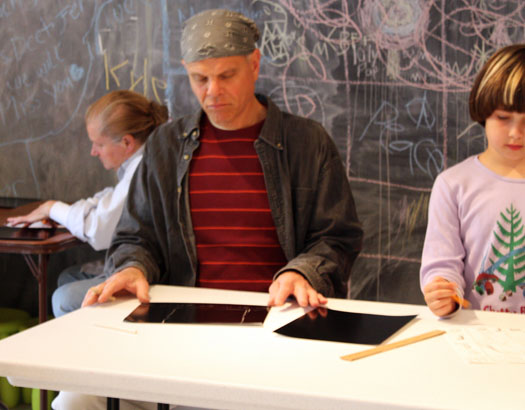 without a mirror, but with imagination, memory, and cool ideas about composing the page… 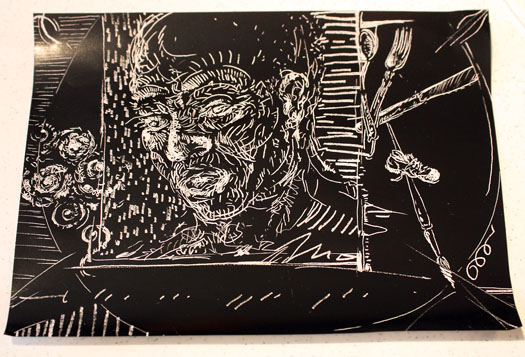 While it appeared to be straight-forward, it was an oddly beguiling project. 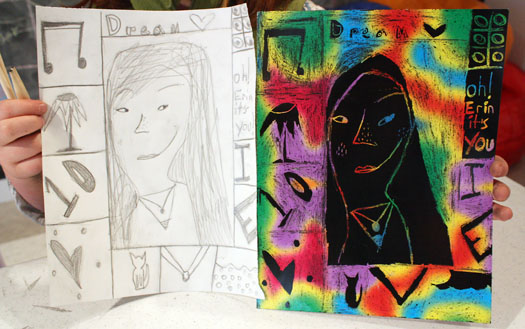 The sense of excavation that comes from using the scratchboard, combined with the singular challenge of creating a self-portrait, 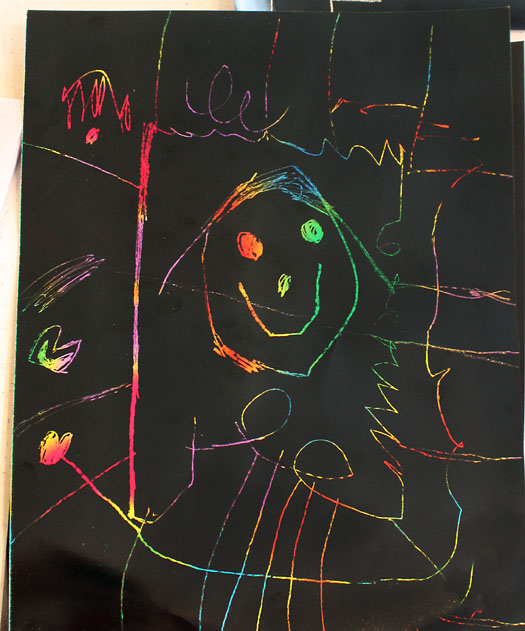 gave the work an enigmatic quality…an air of mystery about how it came to be. 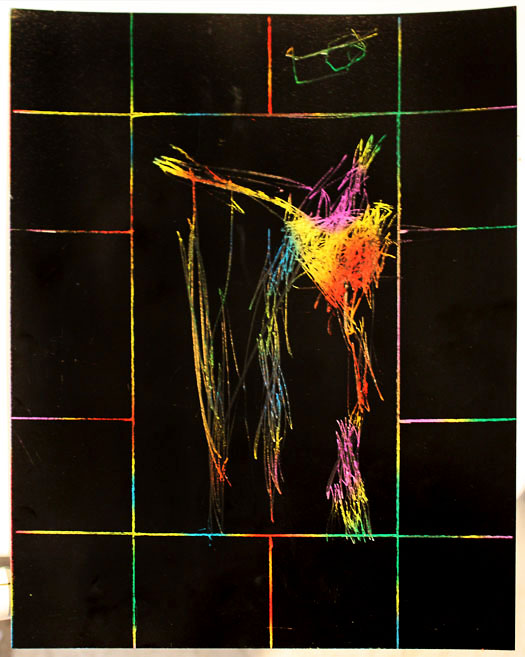