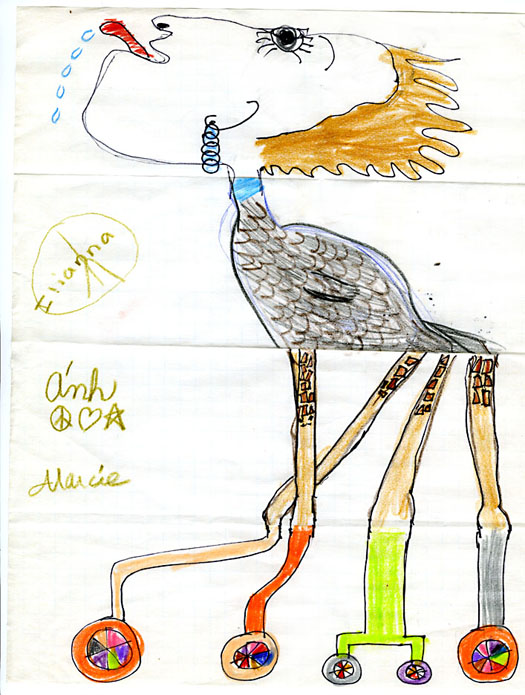 I’ve wanted to write about exquisite corpse since I first created this blog, for lots of reasons: it’s such a great thing to do in workshops; it’s been a ritual in my family to create exquisite corpses; the drawings are always infused with some kind of magic; it’s collaborative image-making with a sprinkle of something mystical. It’s also its own kind of prompt, which is something I’ve written about a lot, and the spirit at the heart of Fotoplay. 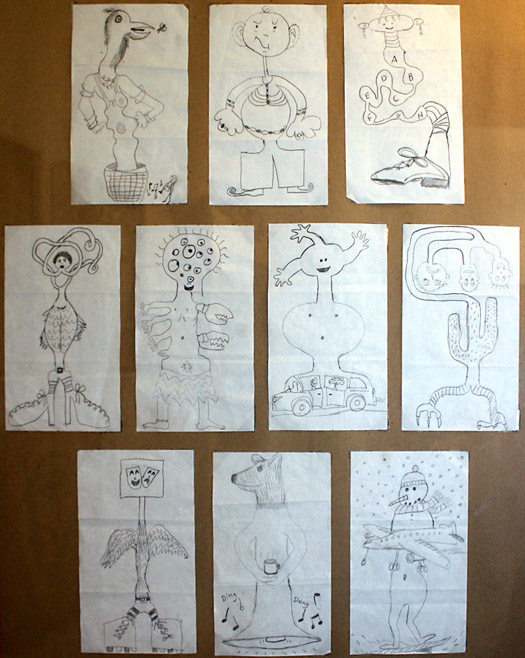 As I’ve begun planning for some upcoming mixed media workshops, exquisite corpse and other drawing “games” are on my mind. (Exquisite cadaver (from the French term cadavre exquis, is a collaborative drawing game invented by the Surrealists, where head, torso, and legs (top, middle, bottom) are created by three people, each drawing their part, without seeing what the others have drawn, on a section of folded paper.) The collection above and the eight examples that follow were created by me and my family. For some reason, exquisite corpse is something we do only when we are traveling. The image below was made in a restaurant in Amsterdam, last summer: 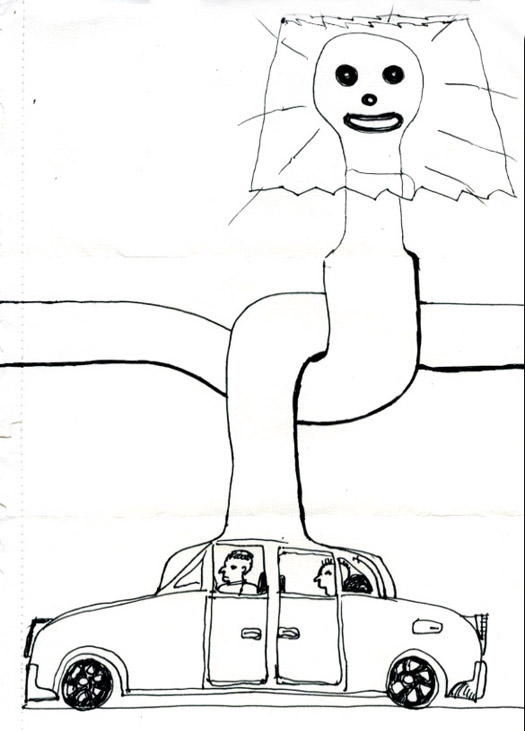 This one on the back of a placemat, in a restaurant in Florida last spring: 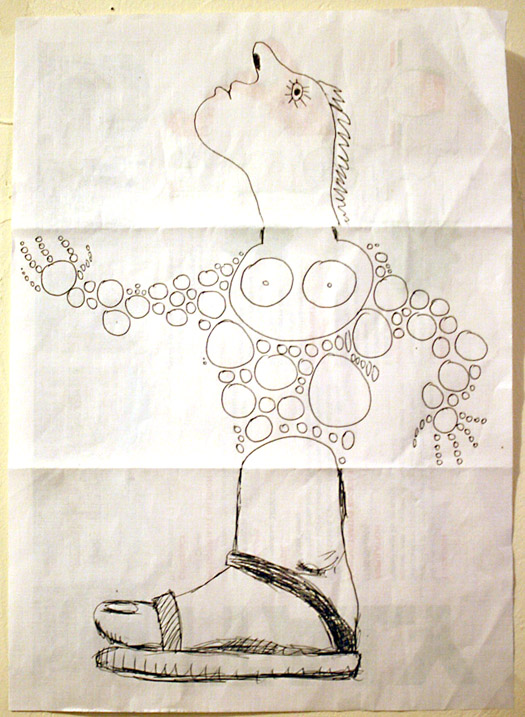 This from a snorkeling trip a few years ago: 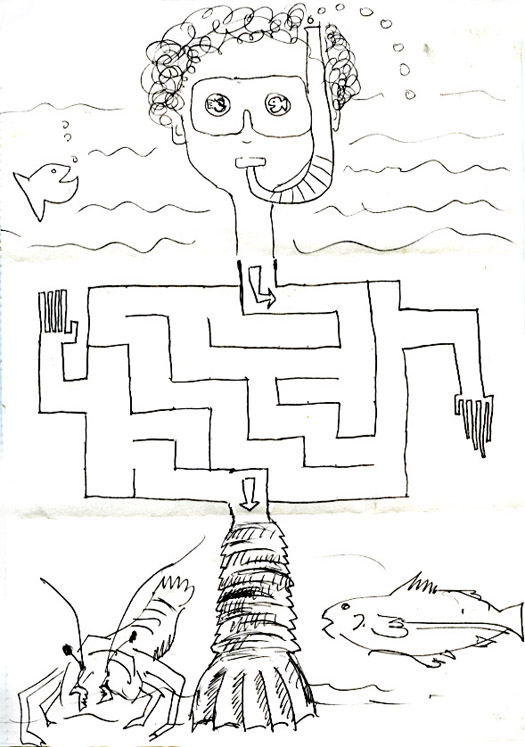 Below, from a hotel in Massachusetts: 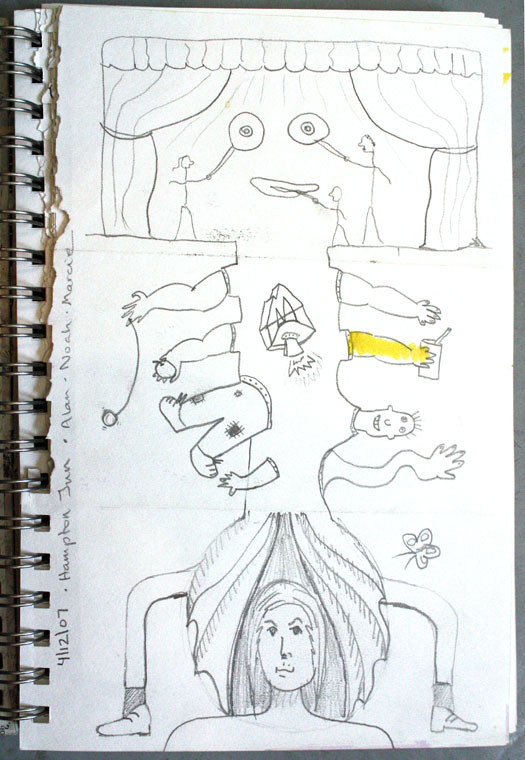 If you haven’t seen exquisite corpse before, perhaps by now you see why I call it magical and mystical. 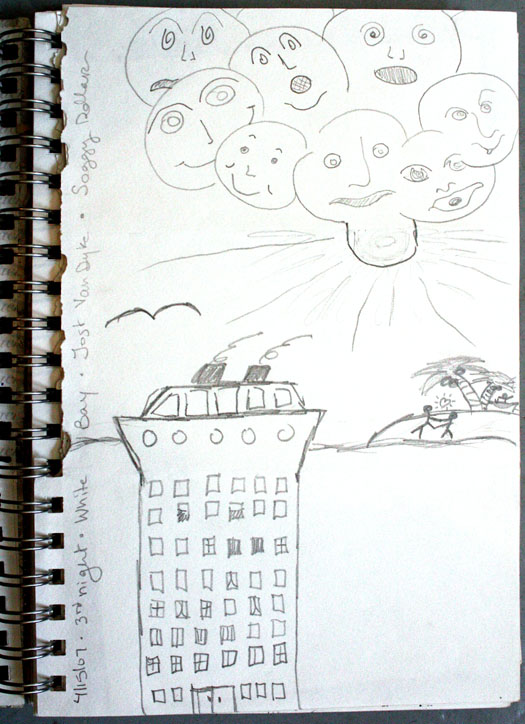 There is always some strange synchronicity between the sections, 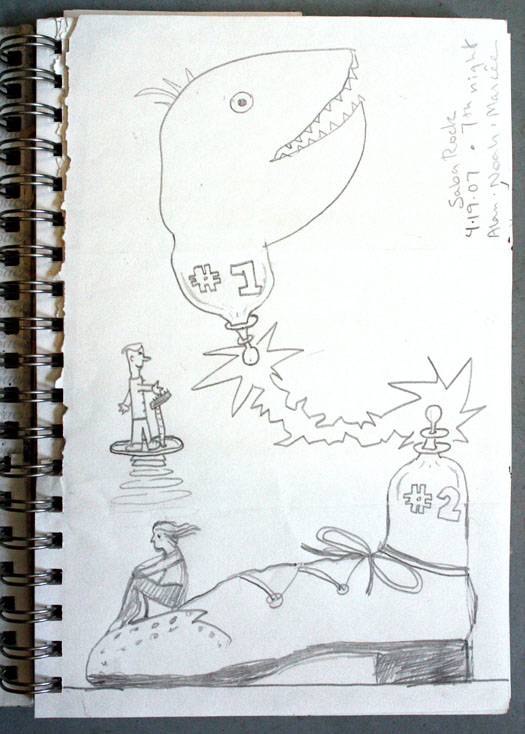 whether conceptual, compositional, or in terms of the quality and character of line: geometric, sinuous, loose, patterned… as with the three ovals below, that are the visual anchors for each section of the drawing. 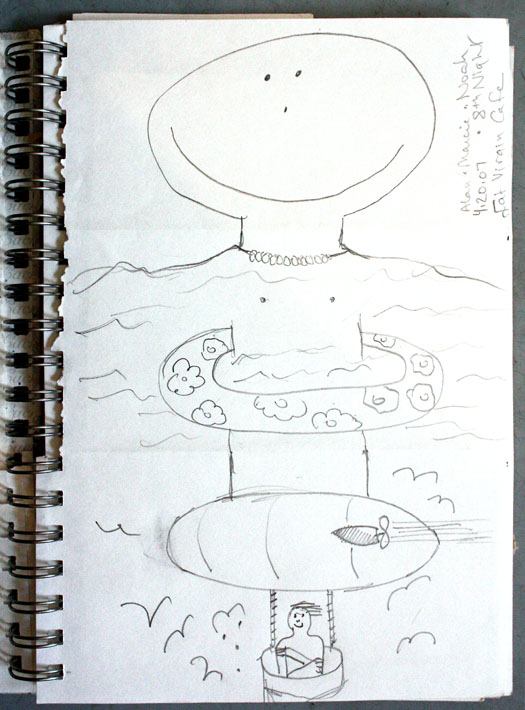 And the cross hatched lines that continue with some variation in all sections of the drawing below. 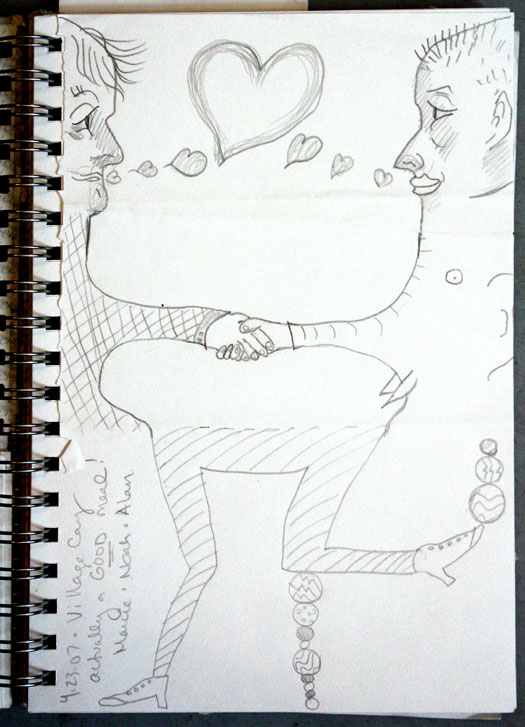 We’ve also made exquisite corpses when traveling with friends and at dinner tables. The ones below with my son’s girlfriend Emma and her mom. 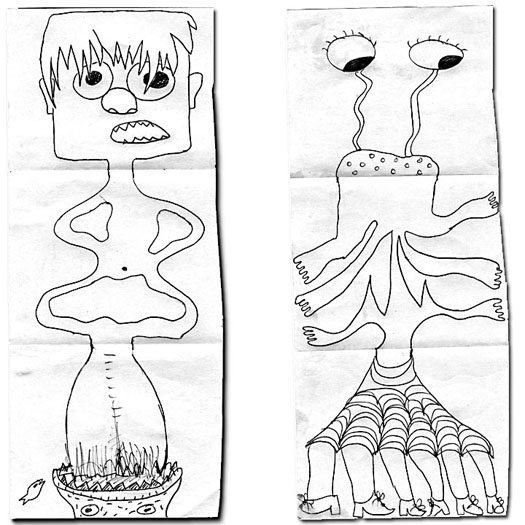 And this one with 8 year old Daniel and his dad Bruce. 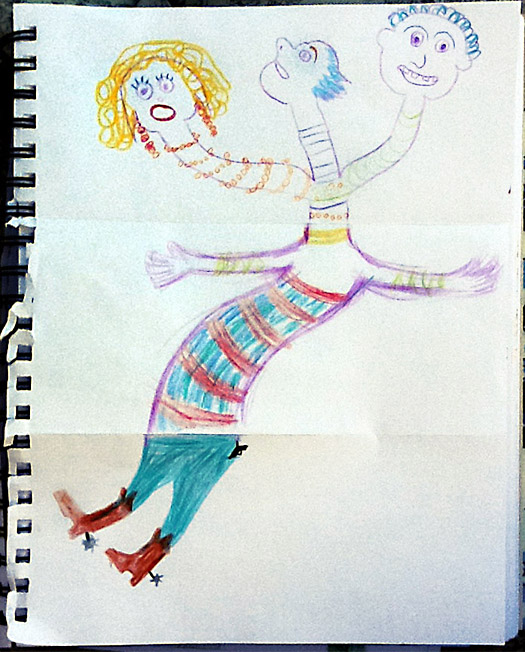 The next few I made with students in workshops. How about the relationship between the bird head and the bird feet/nest? 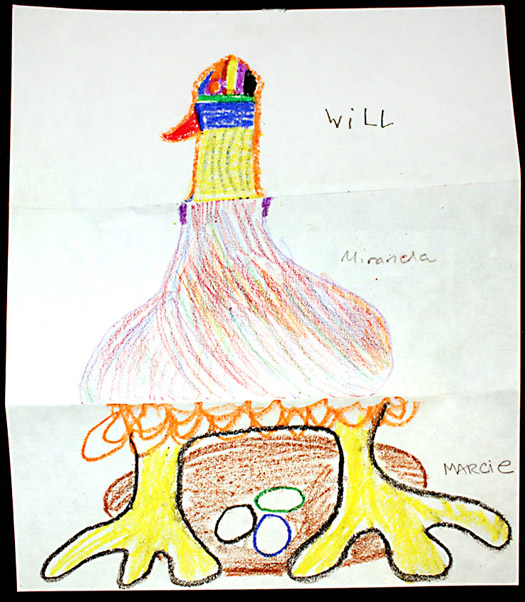 Or the visual gestalt of this chic skinny drawing on wheels… 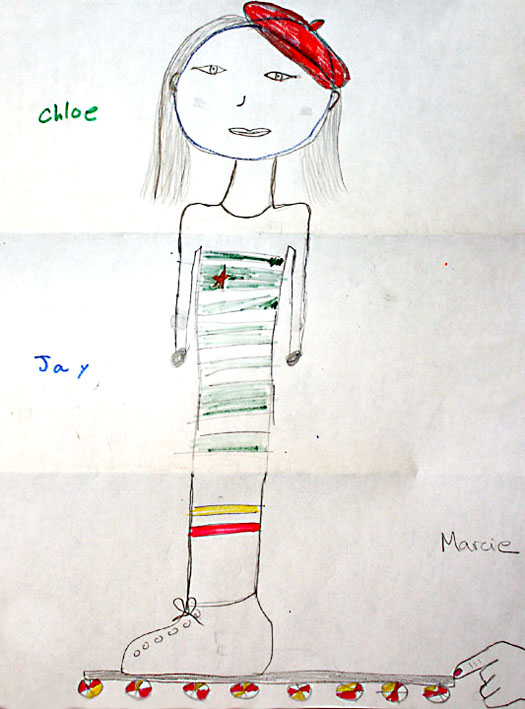 One can get lost forever on the internet, looking at amazing examples of exquisite corpses: two dimensional, sculptural, modern, and of course, those from the years of its inception in the 1920’s. If you have forever, and if you’re looking for some instant inspiration, take a look at this slide show, which features works by Andre Breton, Yves Tanguy, Man Ray, and others, from 1925-1935.