artlab: what is creativity? 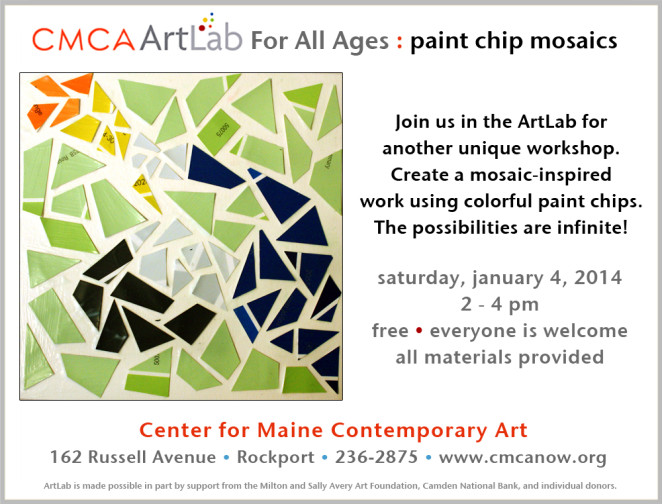 It’s the first week in January. The Maine landscape has been more than ravaged by frigid cold and ice. Everyone, even the heartiest most upbeat & outdoorsy people say they’ve had enough of winter. (Or more precisely, as a friend recently wrote, “This cold white shit is becoming a bit tiresome.”) Fortunately, at the first ArtLab for All Ages workshop, there was nothing but color and creativity. 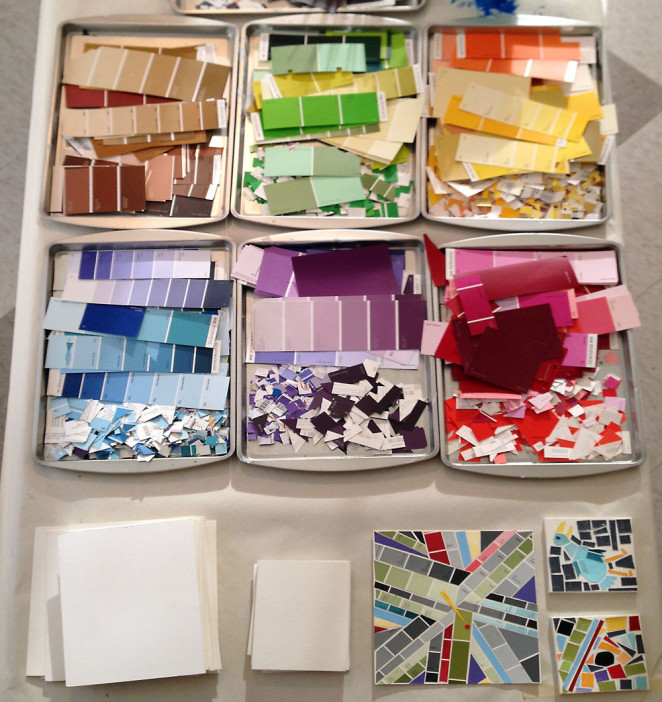 Even though the cultivation of creativity is at the very heart of what drives me as an artist, a teacher, and a believer in the power of prompts, creativity is a word I actually try to avoid using. It’s a big word. But it’s not really big enough to describe what it’s actually describing. 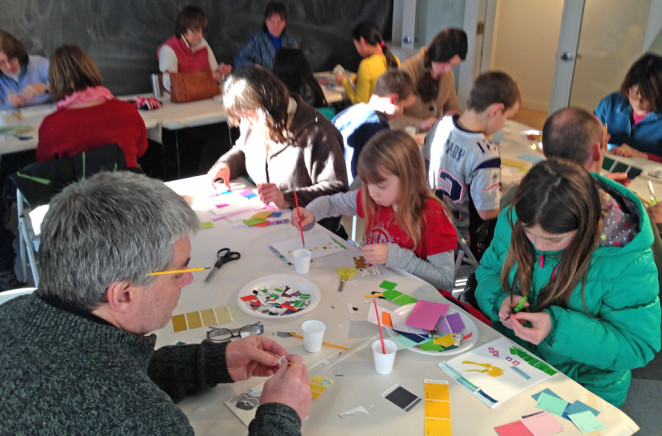 It’s an active (not a passive) word. It’s about making active, decisive choices in the moment. 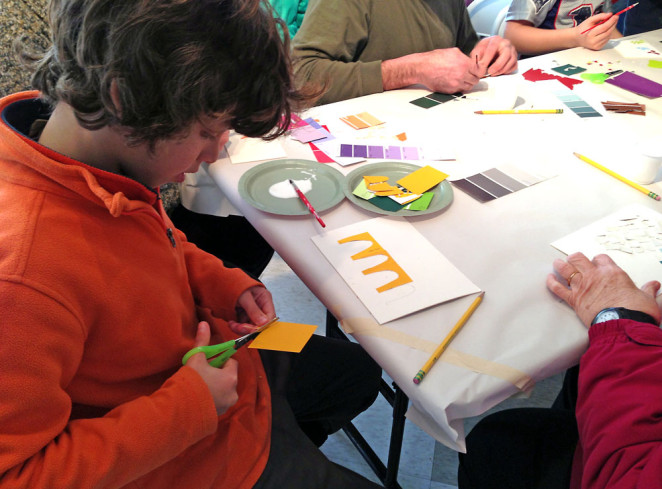 It’s about moving within a clear, uncluttered flow of energy… 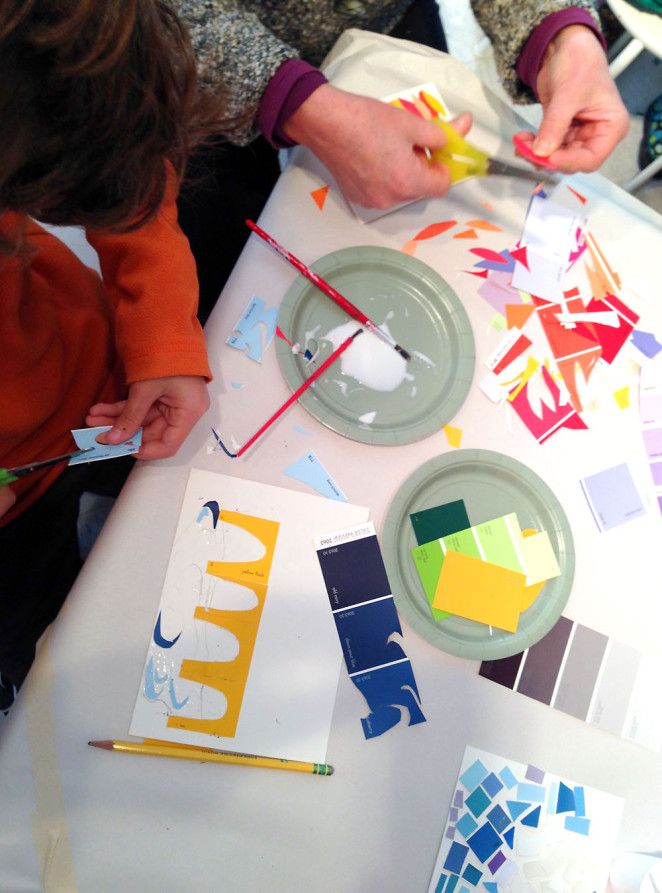 …energy that’s private and internal, even within and amongst a group of people. 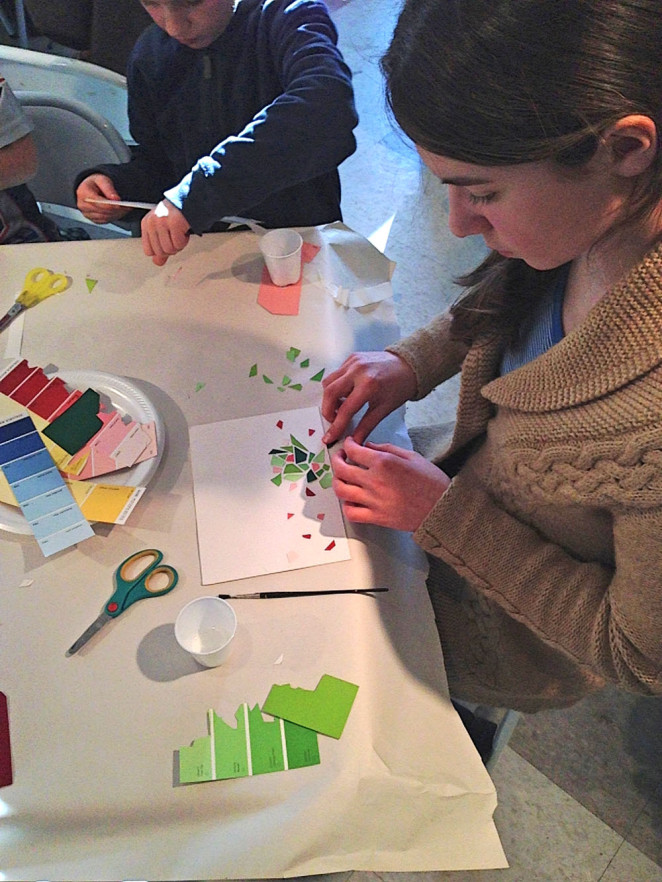 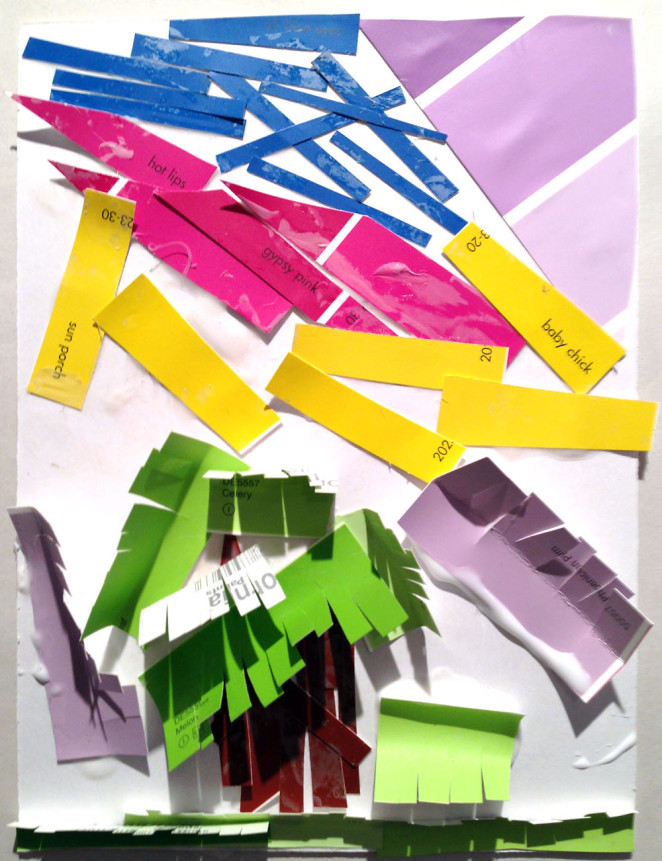 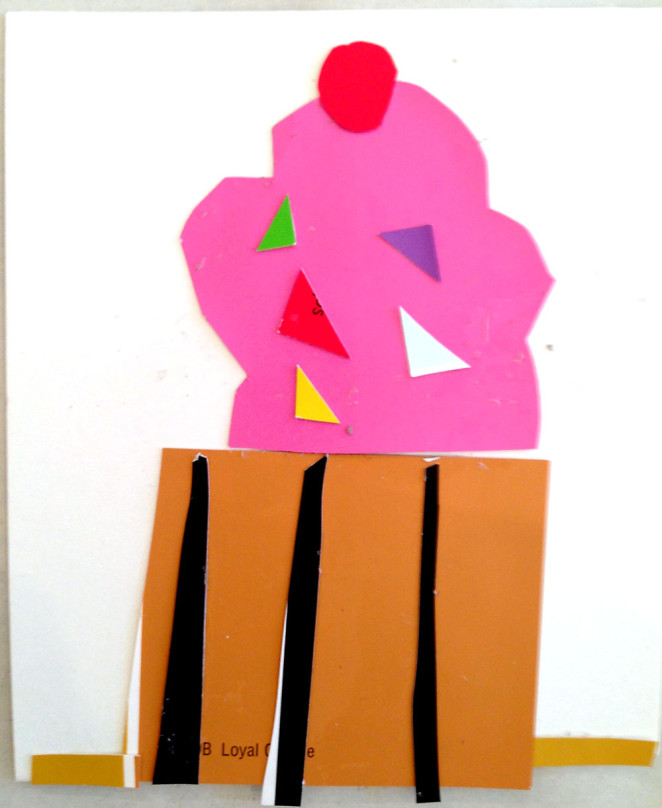 Even if you have an image or idea in mind, that image, as it begins to come to life, will grow beyond you. 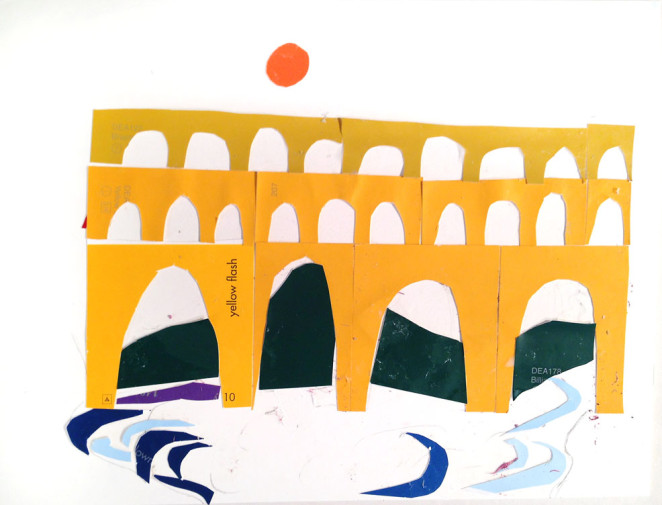 Shapes you design and compose will speak to each other. A story will emerge. 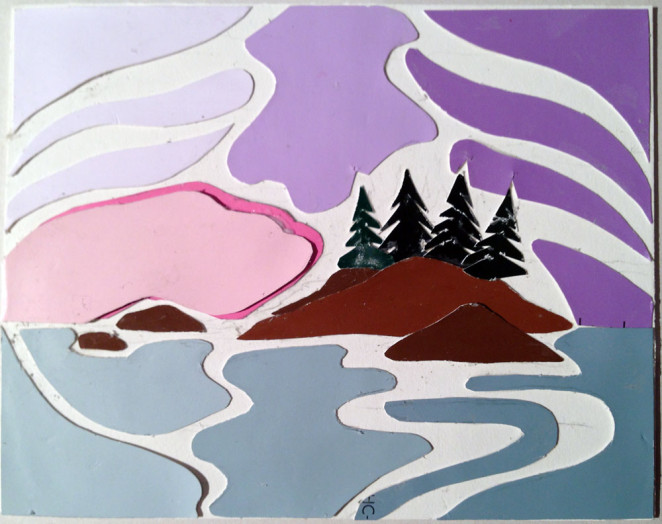 Then your work will talk back to you… it will tell you to add another flame to your fire, 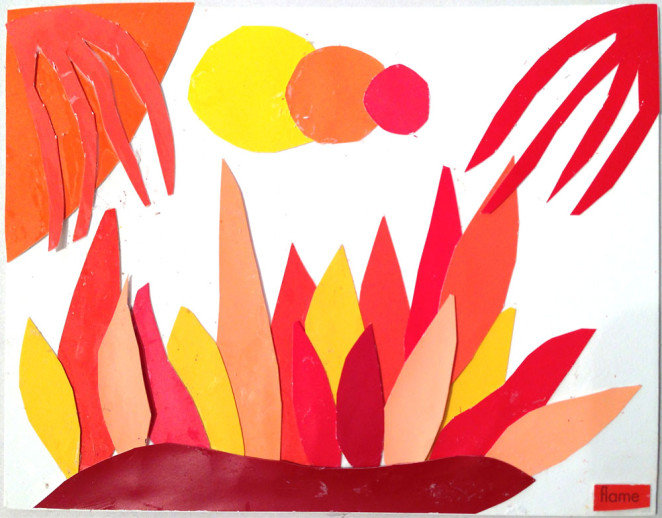 it will ask you to grab a pencil to add some lines. 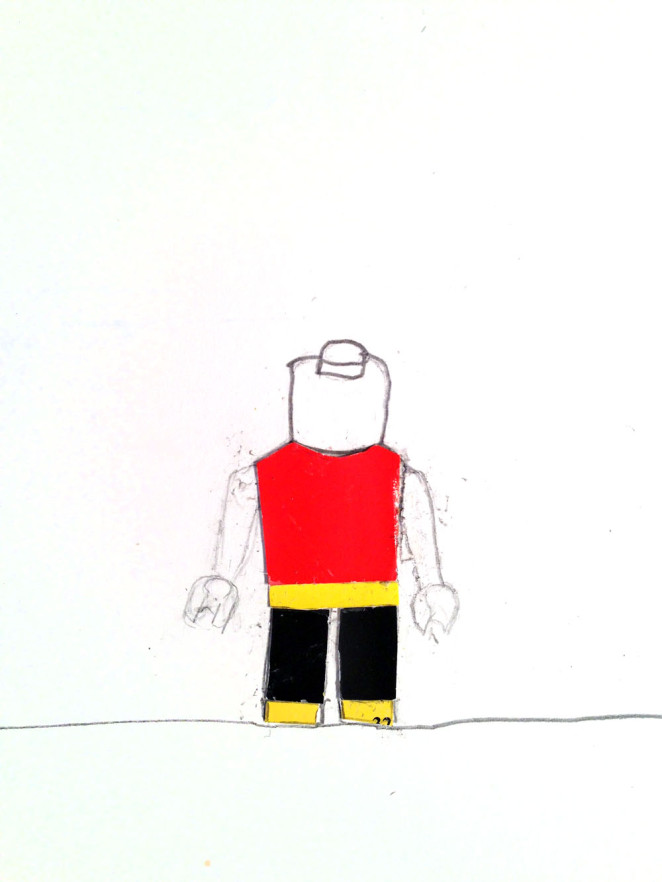 It will tell you to just keep following your own moves…one shape will lead to the next, 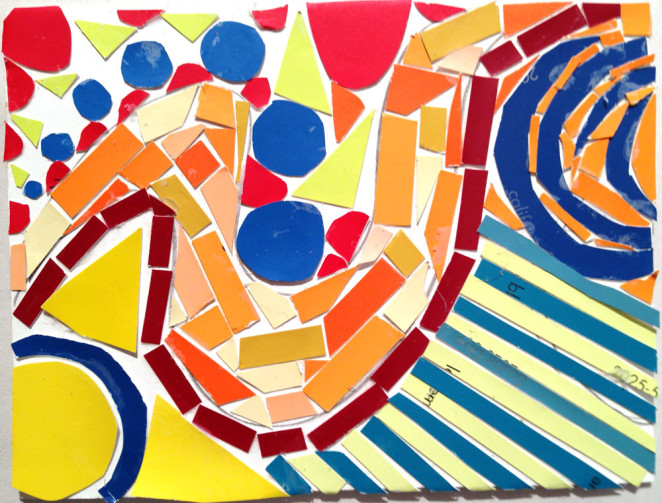 until finally the work will tell you that it’s complete. 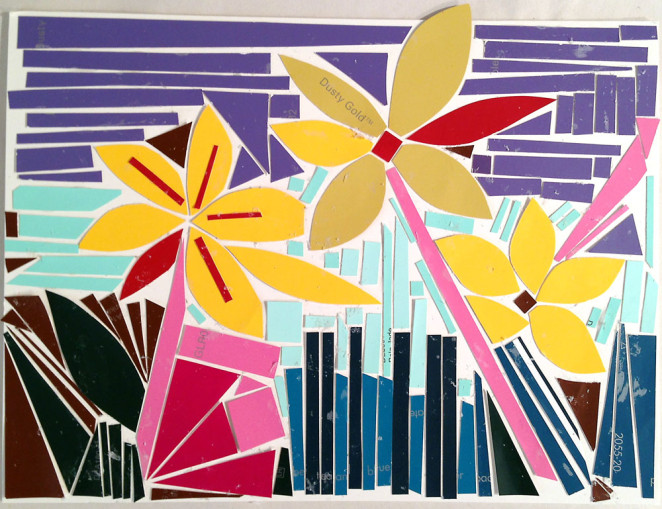 And then when you sit back and look at what you’ve done, you’ll feel a strange but satisfying sensation. 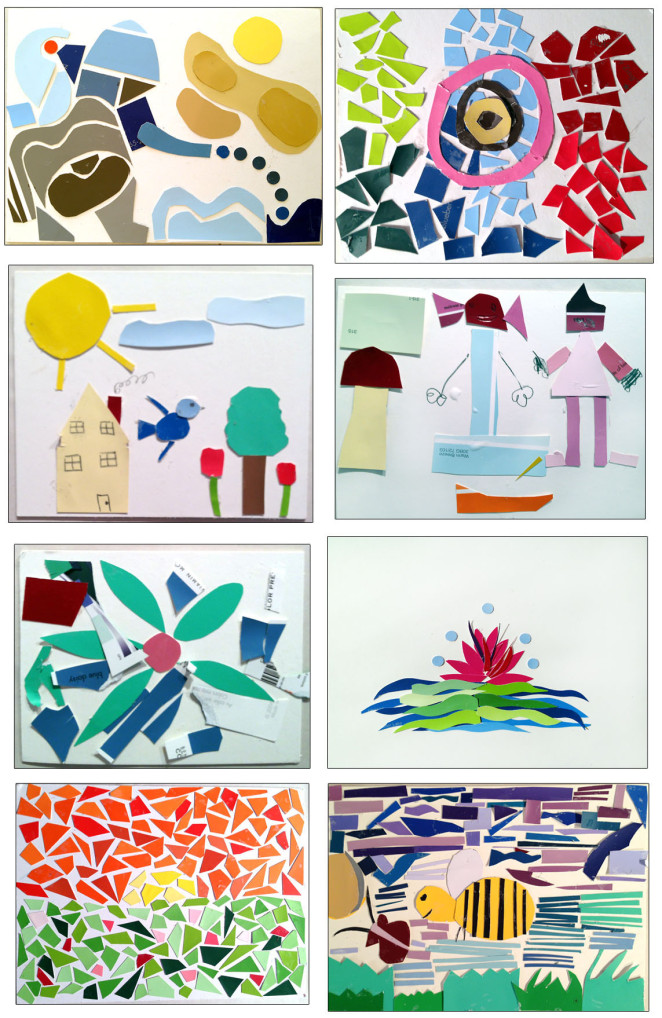 You might marvel at your work with some pride 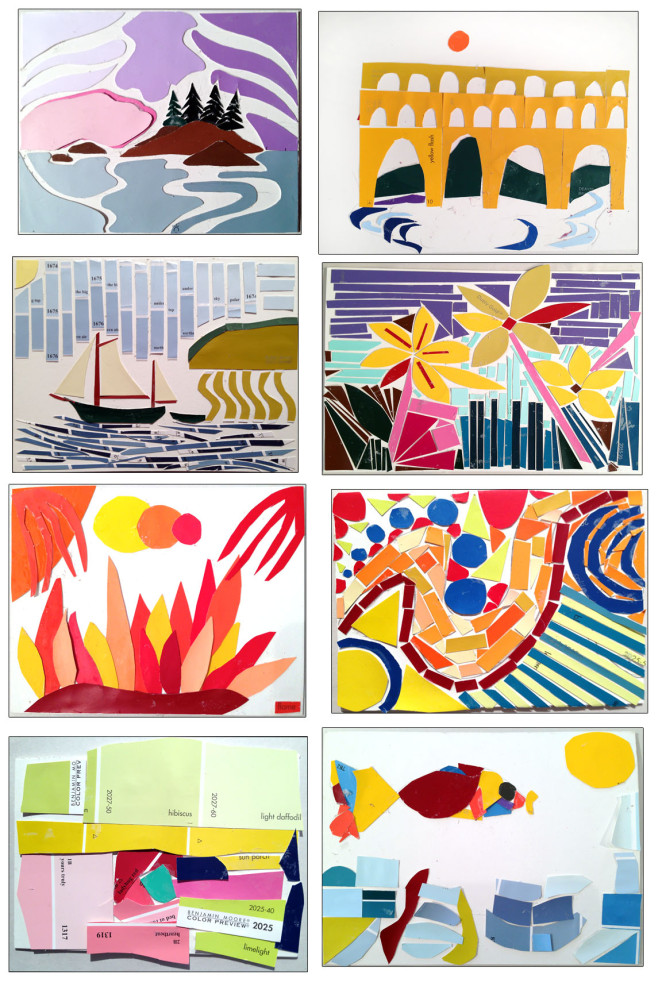 but you might also think of Piet Mondrian, who said: The position of the artist is humble. He is essentially a channel.