fotoplay: in the hospital 3 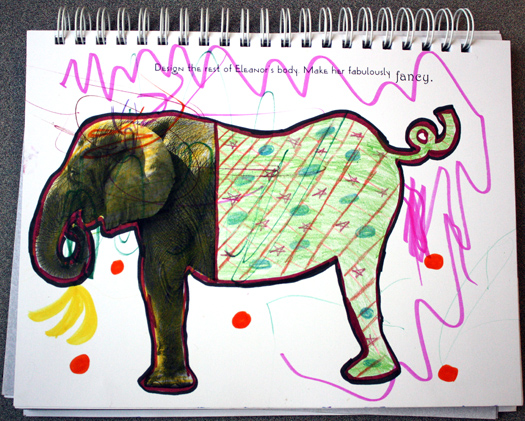 This is the third post (but not the last) on Fotoplay pages that were completed at the children’s table of the emergency room in my local hospital. In my first post, I wrote about a series of pages that were bold, scary, and cathartic. In my second post I wrote about work that had an air of clear, calm focus, as if art-making in the hospital environment helped create an oasis for the children. And today, in this post, I’m looking at work that feels sweet and kind…work where my prompts were responded to in a straightforward way…work made by children who chose to follow directions. 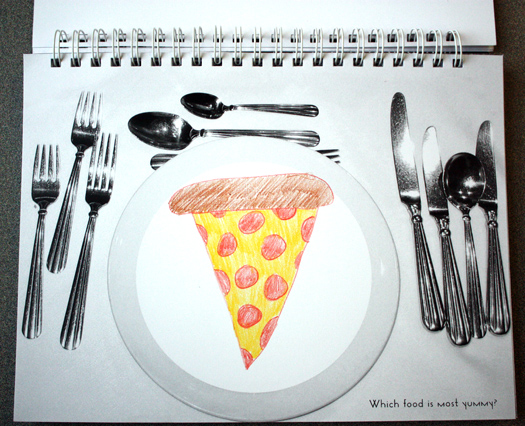 Some people feel good about following directions. It’s comforting. On balance, we learn that if we do as we’re asked (or told), that things will run smoothly. And of course this is true for so many important aspects of being alive. We shouldn’t jump on to train tracks. We shouldn’t bring guns on to airplanes. And we should whisper in libraries. But the realm of creative expression exists so that we can have a space to move, in deep solitude, beyond rules and boundaries. 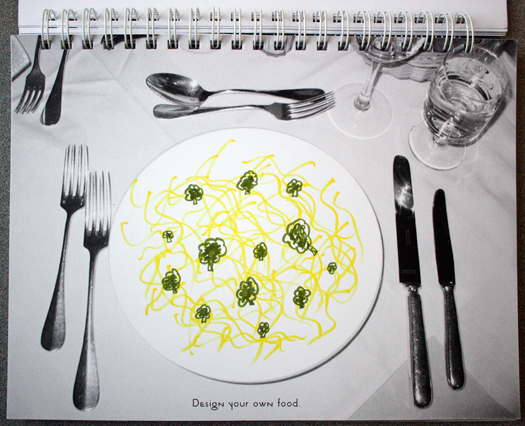 In an earlier post entitled What is a prompt? I wrote about an expanded idea of the concept of a prompt, how it can be a mirror, a springboard, an invitation to a visual game, or the first sentence in a dialogue. 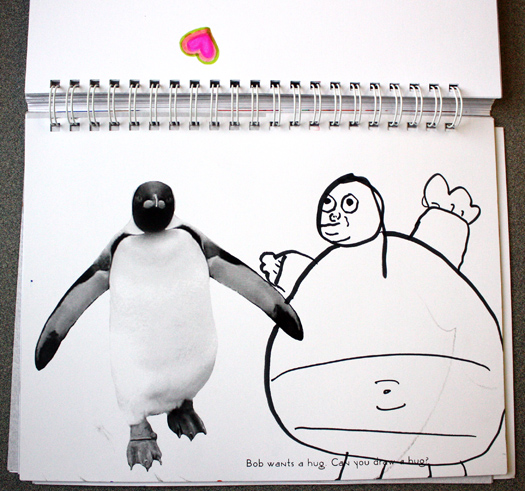 These clean, clear works, created in the hospital in Fotoplay books left on the children’s table have the sound and rhythm of an easygoing dialogue. 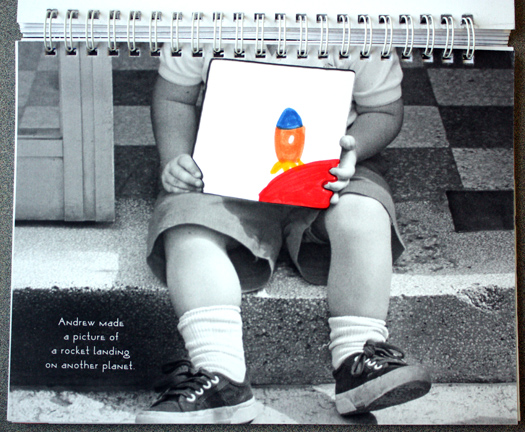 They are straight-ahead, which is not to say that they are simplistic or that they were “easy” to create. They are lovely, light, and bright. 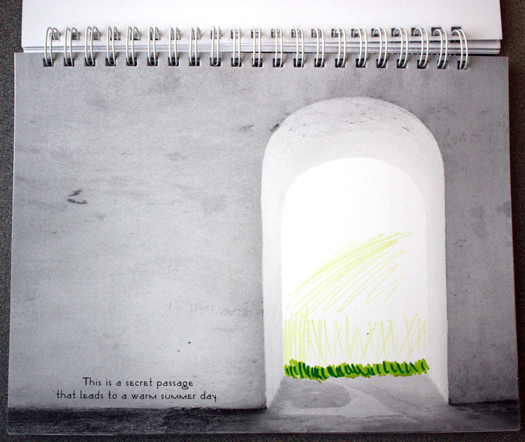 They’re composed with great consideration to both the space and the prompt, yet again, they are by no means one dimensional. 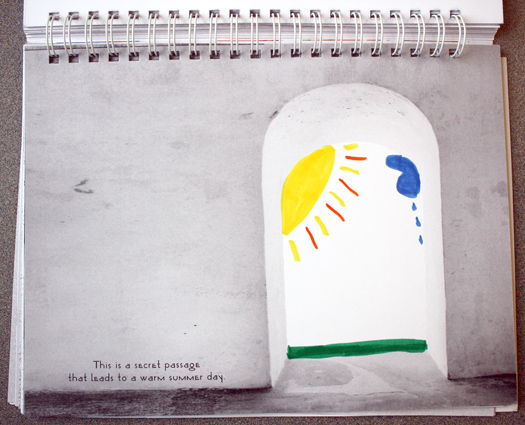 Take a closer look at the page above, where a warm summer day features the sun in its classic in-the-corner-with-rays position. Note that there’s also a piece of a watery raincloud. Both are feeding the rich green grass beyond the threshold of the passage. And in the work below, we see a classic, celebratory cupcake. But there’s the addition of text, with the heart-wrenching question (or statement) Wow are you Lonley. 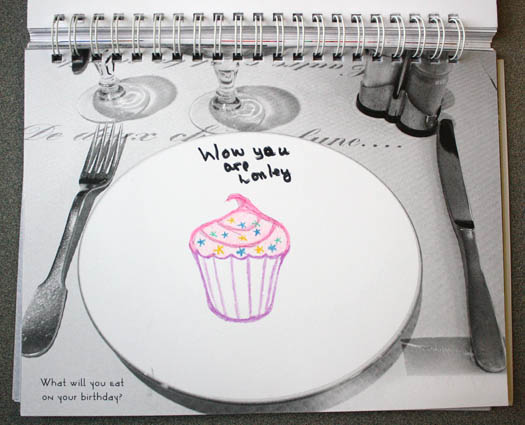 And then there’s the page below. In response to the prompt, which says There are aliens in this house, an alien was added, but there is only one alien and he is frowning, as he stands alone in the first of a series of blank, white, empty windows. 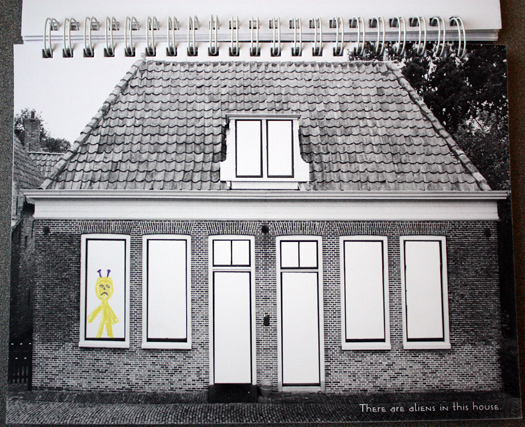 Even prompts that were answered in a straightforward way are filled with nuances, feelings, ideas, clear gestures of expression…