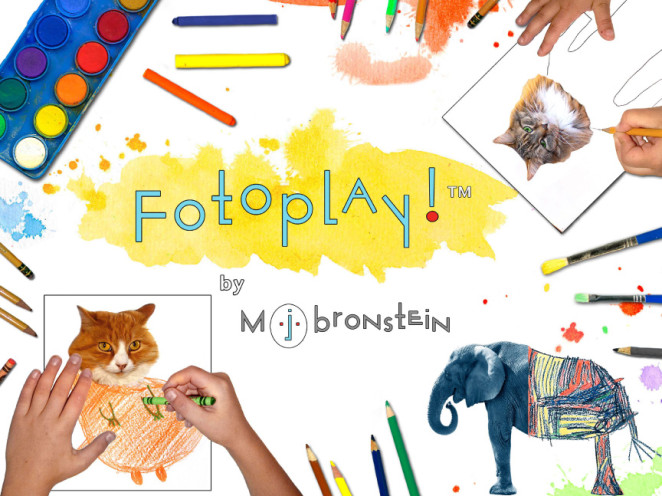 This is the story behind the cover of my new PhotoPlay book, designed by Ryan Hayes, Children’s Book Designer at Chronicle Books. As with the creation of the interior pages of the book, (which I worked on for more than a year, with the feedback of my Editor Ariel Richardson), the design of the cover was a long, meandering process. Many ideas were considered, composed, embraced, and then tossed aside and left far behind. The final cover (at the end of this post) is a distillation of the spirit of PhotoPlay!, an “offbeat photo-based doodle book which invites creative minds of all ages to draw outside the lens.”

The process began with some consideration of the original Fotoplay cover (above), which I had designed for my first Fotoplay book several years ago. Moving forward into the design of 128 interior pages for the new Chronicle Book, I began by creating the cover below, just as a mock-up, something to put on page one of my book layout. 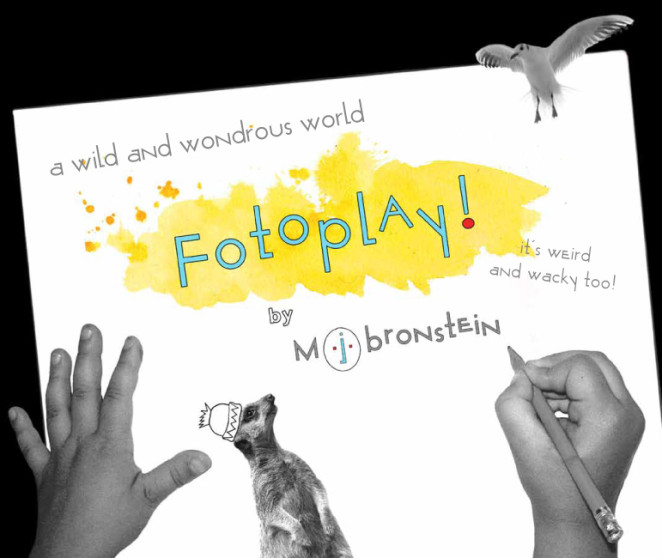 After a few months passed, and the interior pages began to build and take shape, I designed another mock-up cover, adding color and two photographs from the first page in the layout. 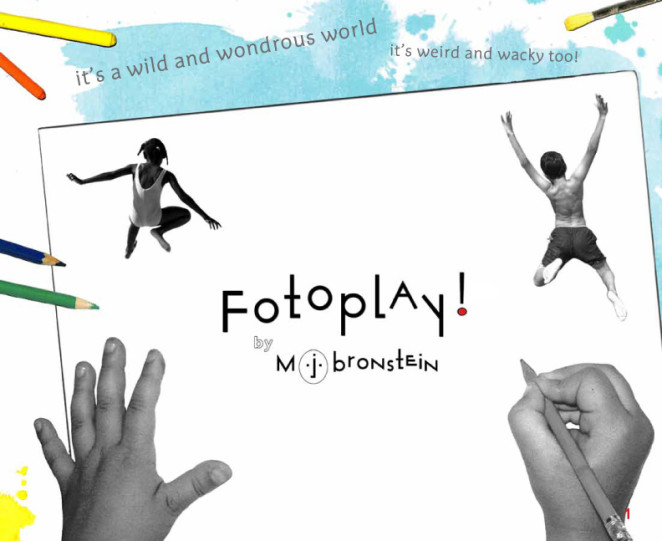 Many months later, after dozens of pages were designed (and redesigned), the layout began to feel like a book. At that point, it was time for me to formally deliver my work to Chronicle for the first real round of edits on the whole book. When sending in my 128 page document, I removed my mock-up cover, as it no longer felt fresh or appropriate. This was less than a year ago, and the moment at which Ryan jumped in to design his first cover (below). 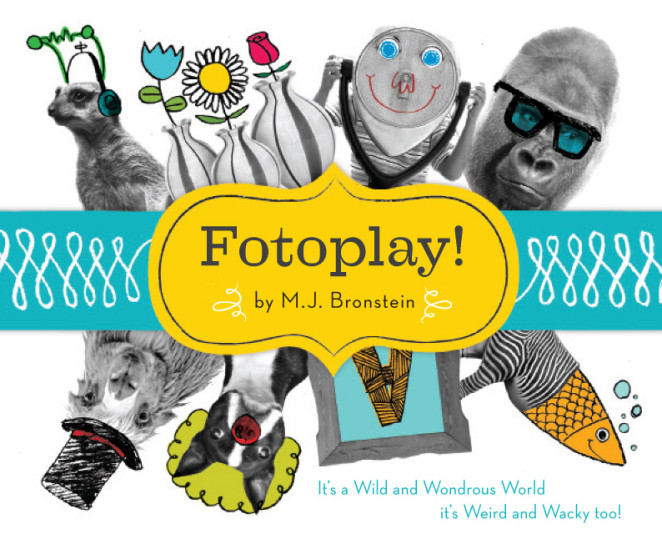 As with all decisions at Chronicle, there was much discussion of this cover by a group of at least 25 (!) creative designers and editors. (I was pleased to be a part of the dialogue, and had one key request: That actual children’s drawings be incorporated.) 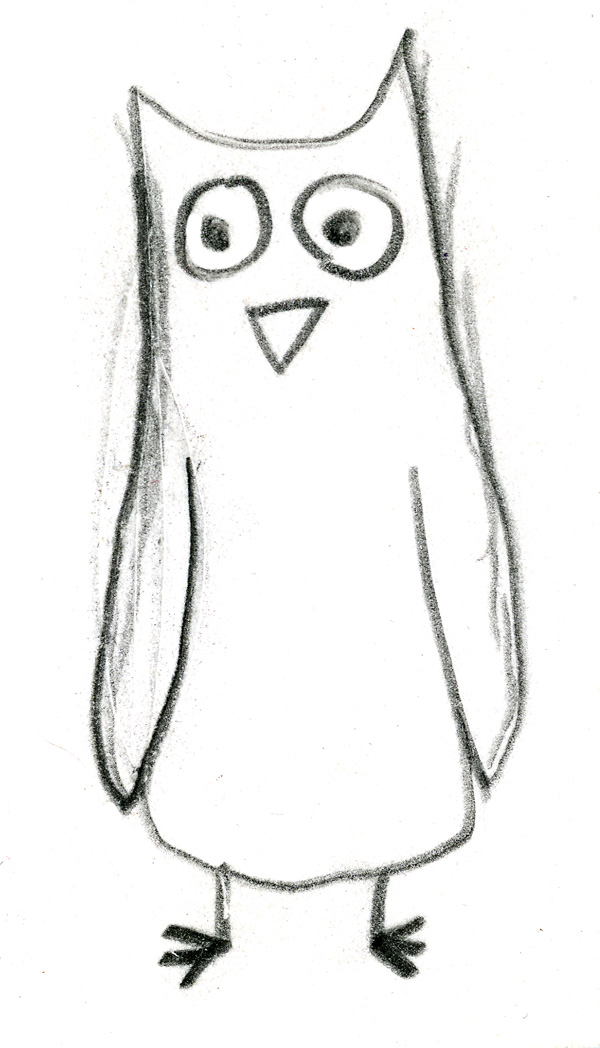 So, with a selection of children’s drawings that I sent to Ryan from my collection, he went back to the drawing board to create four more designs. 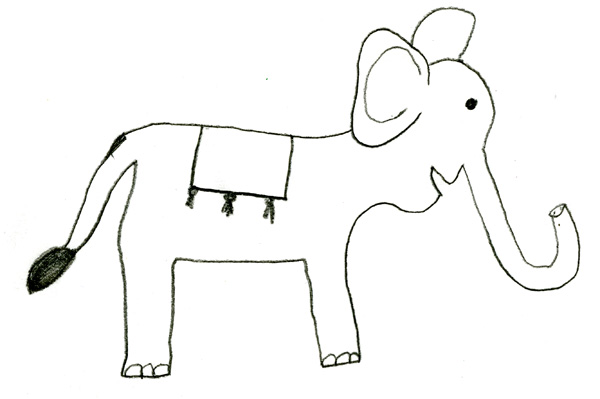 Here are the designs that Ryan created. (Note the change now to PhotoPlay.) 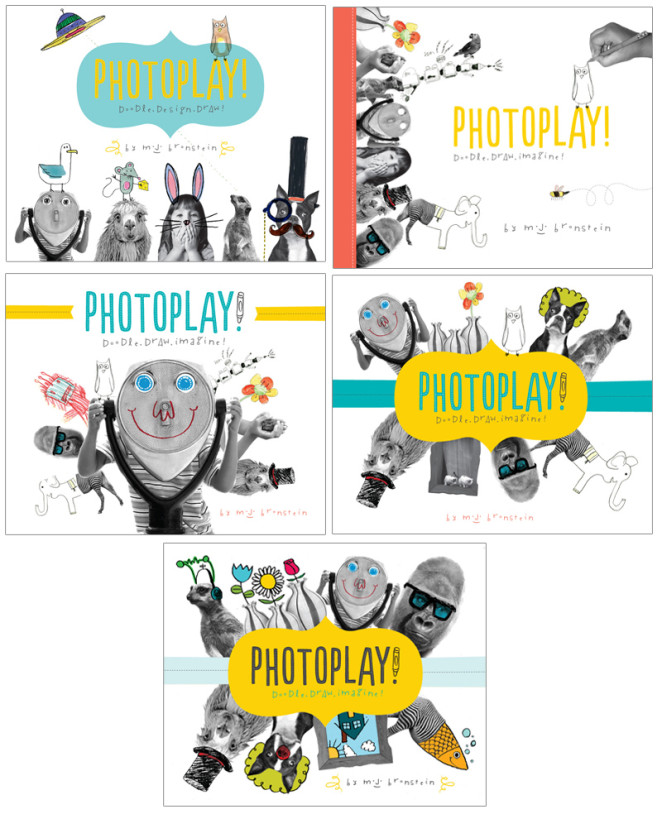 After much discussion and consideration there was a winner. One of Ryan’s covers jumped to the head of the class, commanding everyone’s attention.

Below is the back cover, which fully completes the captured-in-a-cover-portrait of the spirit of PhotoPlay. 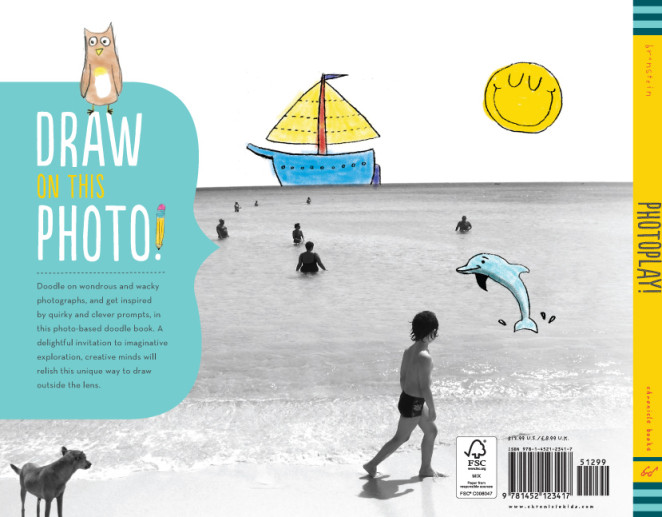 PhotoPlay! is now available for pre-order on the Chronicle Books website, and how perfect is that? You can place your order for a bunch of books, and place some “PhotoPlay: coming soon” notes in wrapped boxes under your Christmas trees.

Here’s to a Happy, Playful Holiday.