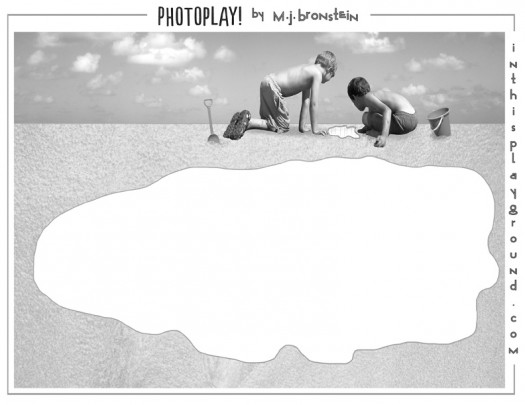 By the third day of my “Map Your World” workshop at the Center for Maine Contemporary Art, we had not yet looked at, designed, or even mentioned what’s got to be the most interesting-for-kids map, which is of course a treasure map. So each child was given a torn, irregular piece of brown paper, some markers, and no instructions beyond, “Create a map that leads to treasure.” 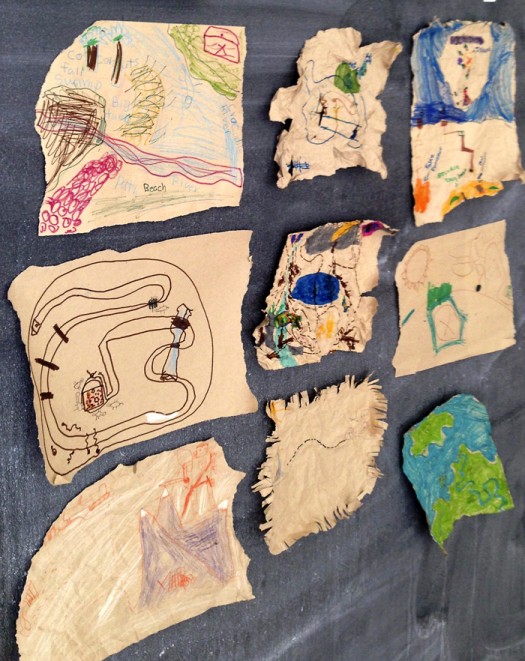 At this point in the workshop, they had drawn, carved, and printed many maps, so they were comfortable envisioning and depicting places from a bird’s eye point of view, and they were fluent with their own vocabulary of symbols and graphic representations. And while there were the “popular” symbols that many of the kids were using (an “X” to mark a destination, blue curvy lines for water, dotted lines for paths, green for grassy spaces, etc…) many had also developed their own concepts for how one should view or read the map. As in the top right map in the photograph below, where the light brown line in the center is actually a slit in the paper. It’s a portal in the map, that you need to crawl through to get to the other side, where the information continues. 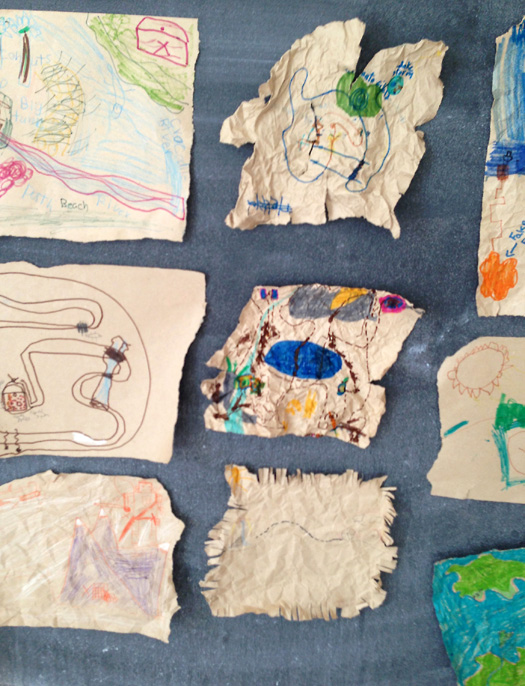 In other words, these maps were taken seriously; they were designed and drawn with great attention to detail, all in the service of telling a story, giving directions, leading someone most often through a dangerous stretch of path or water –crocodiles! robots! giant insects!– to some kind of treasure. 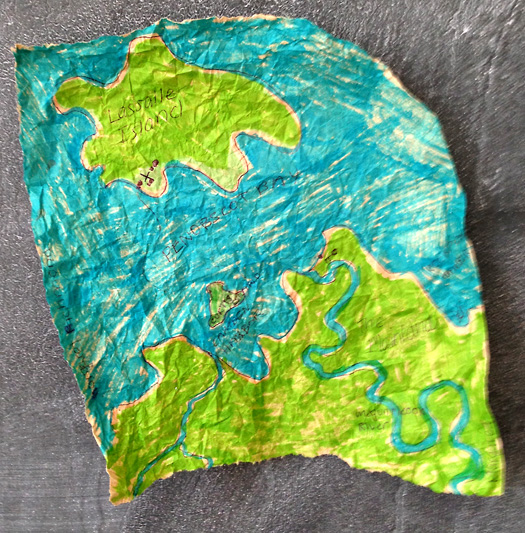 After the maps were completed (and crumpled and torn and stepped on to give them some character), there was the obvious question: To what kind of treasure does your map lead?

I decided to use a PhotoPlay page to prompt ideas of buried treasure. This too was approached with seriousness, and careful attention to design.  The collection of completed pages only reinforces my mantra about children and drawing:

Kids are designers. They don’t doodle, they draw. 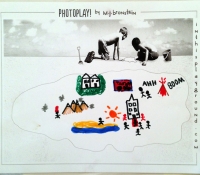 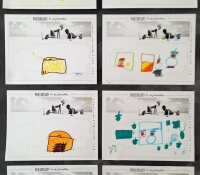 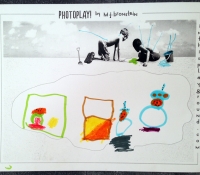 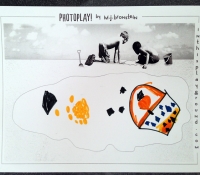 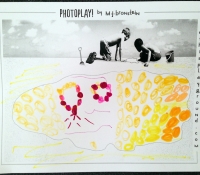 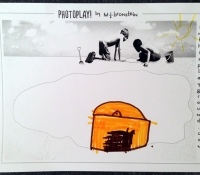 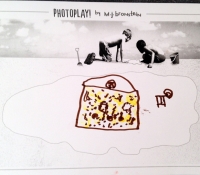 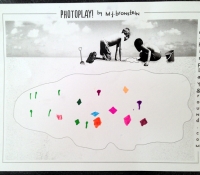 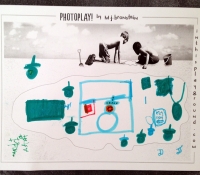 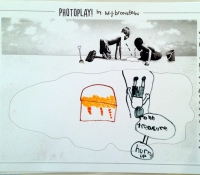 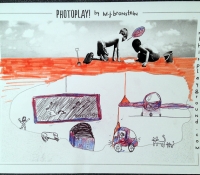